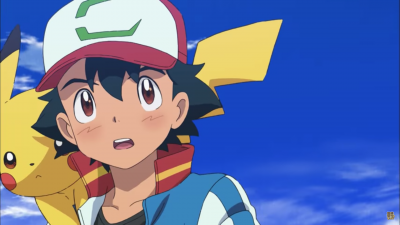 ​
Over the weekend the latest Pokémon was officially revealed for Japan! The movie is currently without a name beyond Pokémon the Movie: 2018, but the announcement did include a trailer which you can watch below:


​
The trailer shows what we suspect is the same Ash as from the previous Pokémon the Movie: I Choose You! film and seems to imply that he and Pikachu might meet Luiga in this movie. Interestingly this movie will be a collaboration between the usual anime studio, OLM, and Wit Studio, who have worked on Attack on Titan, Seraph of the End and other hit anime projects.

The movie is set for release in Japan on the 13th of July and following the usual pattern should see a western release closer to the end of the 2018.

Wait, what!? A new Pokemon movie, and it's believed to be a sequel to I Choose You!? I AM GOING TO WATCH THIS WHEN IT COMES OUT!

I love that art style, IT'S PERFECT

Gotta say that is some nice animation they’ve got in the trailer, and I really like the art style too. Even though I personally don’t like Ash that much, if the movie looks really good I’ll probably want to watch it anyway.
E

earl eric turner said:
how in the name of arceus r we getting a new pokemovie if the recent one didnt come out for a year yet
Click to expand...

A new Pokémon movie is released every year, like clockwork. They always come out in Japan in July, and then make it over to the rest of the world a few months later. This isn't any different to the pattern that's been going for years and years now – Japan will get it in July, we'll get it sometime afterwards

It just gets better and better

Wonder if we are even going to get any Alola Ash movies. Considering that the legends are being put in the anime as part of the main plot, and Alola's seemingly wrapping up as a generation, I suppose not. Might this new Ash be who we follow from here on out? Considering the Movies never had a real bearing on the actual anime canon, it would make sense.

What's next for Pokemon now, I mean aside from this movie. Who was that girl with the Pokeball, why did she look so spaced out and doesn't she remind you of that one girl that gives you the Farium Z, anyway I have way too many questions about a movie that hasn't even got a official name aside from Pokemon 2018 so yeah I'll leave my questions to the theorists.

Look at that ash got a new style which kinda makes me uncomfortable but thats ok,I cant wait to watch the movie I , always watch the new one that come out each year since i was 5 , and each one gets better and better.

Oh yeah, the Japanese dudes are having fun with this. Meet Cute Ash, she's an offical entry on KnowYourMeme now: 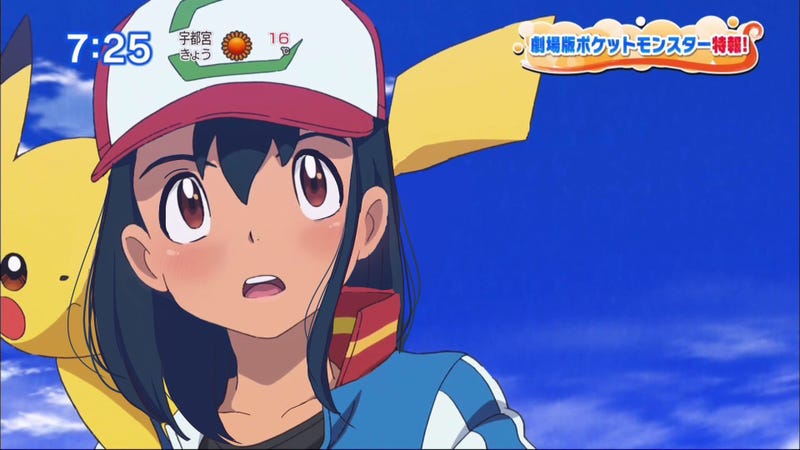 I am questioned beyond my small mind

ExtinctGuisher said:
Oh yeah, the Japanese dudes are having fun with this. Meet Cute Ash, she's an offical entry on KnowYourMeme now:

The new design is unique. And pretty

This Ash design is amazing! I'm in love with this art style and Pikachu looking super cute back there.

What the heck happened to Ash? He used to look COOL, now he just looks weird...

I KNOW RIGHT THIS ASH IS UGLY AND NO ONE AGREES

*insert old, cancerous 21 related joke here
srsly I appreciate the restraint of the people on this site, I cannot believe no one did this yet.
A