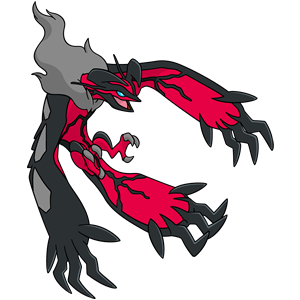 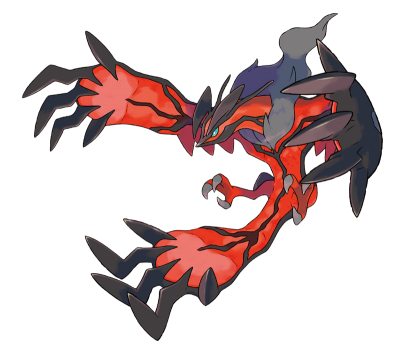 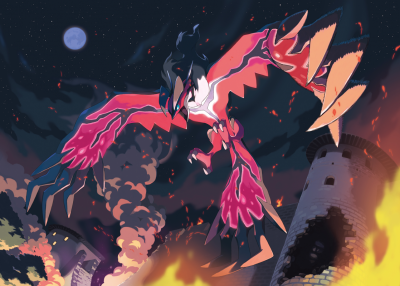 Staff member
Administrator
I really like this thing's design. I'm not fully sure whether to classify it as a bird or a dragon/wyvern (if not a mix of the two), but it's a slick looking creature with some nice coloring choices. I love those wing claws too.

Originally my liking of the two legendaries was fairly split but that changed after seeing the artwork for Yveltal. It's definitely my favourite of the two now. That being said, it's still too soon for me to say which version of the two games that I'll play first due the inevitable Pokemon & location version exclusives, and the possibility of gameplay exclusives like B2/W2's difficulty changing keys. If we receive Easy Mode/Challenge Mode keys again then I'll be playing whichever version has the Challenge Mode key first regardless of any other factors.

I'm hoping that Yveltal is a ghost and flying type. Then I would buy pokemon Y!

I don't know. Pokemon has lots of flying dragon specie legendaries as their main logo. At least xerneas is their first featured deer legendary, possibly the rumored 18 type which is either ????? Or fairy

actually in my theory, ????? is the move curse right? then it its just a move that doesn`t have any clear basis co`z it depends on the pokemon........if torkoal then a buff move that is but if it is pokemon such as shuppet,then it becomes a hurtself and drain if that is correct.....fairy has already been released...... but i wish the rumored light and sound type were true but it was just a joke actually....

Magikarp! said:
actually in my theory, ????? is the move curse right? then it its just a move that doesn`t have any clear basis co`z it depends on the pokemon........if torkoal then a buff move that is but if it is pokemon such as shuppet,then it becomes a hurtself and drain if that is correct.....fairy has already been released...... but i wish the rumored light and sound type were true but it was just a joke actually....
Click to expand...

I really have no idea what you're saying, but I will say that Curse was turned into a Ghost type move for all Pokémon in Black/White.

Teapot said:
I really have no idea what you're saying, but I will say that Curse was turned into a Ghost type move for all Pokémon in Black/White.
Click to expand...

From what I can tell, I think he's responding to Lucidia Goth's post, which is right before his, about the rumored 18th type, which was rumored to be ???? or Fairy. He is saying that it probably wasn't "????" because the effect changes depending on whether or not the Pokemon is a Ghost Type. Although, he's a little late to be disproving that, seeing as we already know that the 18th type is Fairy.

Yveltal is a beast.

O.K. Yveltal isn't THAT bad but Me and many of my friends still prefer xearneas its just SOOOOOOOOOOOO cool + I love the design of it + I love deers = I prefer Xearneas.
Top 5 fave pokemon=
1. Suicune
2. Xearneas
3. Celebi
4. Mew
5. Mega Absol

A Fable So True

Was there really any conflict between Xerneas & Yveltal? I mean it happens with almost every legendary duo besides Latias and Latios.

yveltal is soooo cool i love using its oblivion wing

xerneas is ok but i prefer the giant sky dragon

Shiny Yveltal's wings remind me of bacon.
Click to expand... 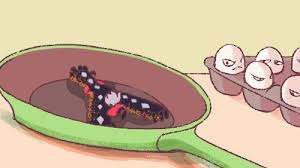 Yveltal Shiny is awesome. I've been looking all over for one and still no luck!
Last edited by a moderator: Oct 13, 2014

Staff member
Administrator
That is not surprising - ingame, Yveltal (like Xerneas and Zygarde, as well as certain other legendaries of the past) is shiny-locked, meaning that it is impossible to obtain a Shiny Yveltal legally.

I think that they got to stop making flying type legendary Pokemon cause we got Articuno, Moltres, Zapdos, Ho-oh, Lugia, Raquaza, Shaymin, Thundurus, Landorus, Tornadus, And Now Yveltal. That 1, 2, 3, ... 10 flying type legendaries, since there are 52 legendary Pokemon that means that ... 19% of all the legendaries ( so far ) are Flying type. but i can't blaim them cause it is hard trying to make a legendary pokemon that isn't flying type if you want it to be able to soar through the sky.
And Ho-oh and Lugia are duo friends as well @A Fable So True

Staff member
Administrator
They're not exactly 'friends' - they didn't have any actual conflict but that is largely due to the fact that they don't really have much to do with each other in the scale of regional mythology. After all, Ho-Oh is basically a generic phoenix that spends 99% of its lifetime in flight whereas Lugia spends most of its time underwater in a deep sea trench to keep its ridiculous aeroblast powers in check. Not really something that gets to interact much.

Their connection is more thematic - they invoke the symbology of Dragon and the Phoenix in Chinese culture, which represent harmony and royalty (due to the Chinese emperor being represented as a dragon and his consort/empress as a phoenix). In the history/folklore of Johto it was said that they used to occasionally perch on the twin towers of Ecruteak (Brass Tower and Tin/Bell Tower, built to 'foster friendship between humans and Pokemon') before Lugia's perch, the Brass Tower, was struck by lightning and caught fire (becoming what we now know as the Burned Tower).

So now they have even LESS chance to interact. So yeah. Not enemies, but not really 'friends' either.

Omg so I have a shiney yveltal not a normal one

Hope it has more lore of it's origin or anything about it in the upcoming games.