It seems the trainer cards have been changed to automatically select a trainer when the page loads. The problem is that now there's no way to have a blank card with no trainer on it.

As an artist I very much enjoyed saving the cards without the trainers to add my own custom ones, for myself and for friends. 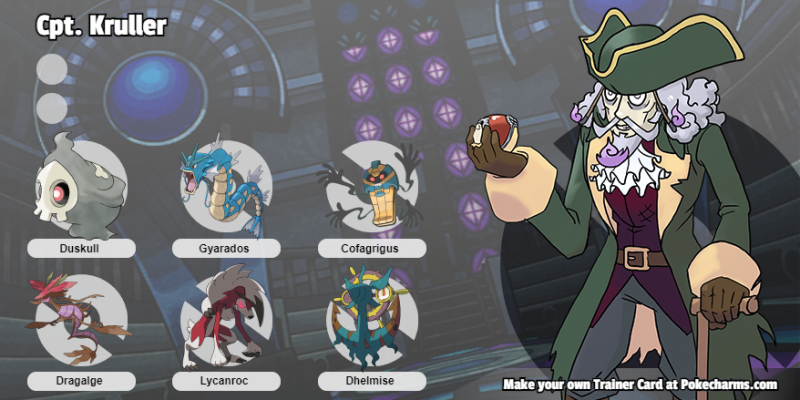 Would it be possible to see the return of trainer-less cards in the future?

Staff member
Administrator
Actually, editing trainer cards made with the TCM consitutes a violation of the TCM's terms of service. You're not supposed to do that.
Z

Oh, strange. I wont question it, though it is a shame.

Staff member
Administrator
See, the thing with the Trainer Card Maker is that it was meant to provide people with a quick solution for creating trainer cards without all the tedious mucking about with art programs that making a card from scratch would involve (as it is hardly a challenge for people who know how to work those to put together a card themselves, with their own assets, if they feel inclined to).

The legacy TCM featured community created and submitted assets (and there are plans to eventually open content submissions for the modern TCM too, I believe!) - and as such users editing TCM content beyond the scope provided by the program as-is can both create confusion as for what's officially available on the TCM (which, as you've probably noticed, has our name on cards made with it and is therefore somewhat representative of us) and what isn't.... and, once user-submitted assets become a thing - also constitute potential misuse of said assets beyond the scope we ourselves were granted permission to use them.

And that's why this sort of thing is not allowed.
Z

Staff member
Overlord
As Stel points out we do prefer that people do not edit or use the TCM's assets in a way that isn't through the TCM itself because it goes somewhat against the spirit of making it a quick and easy thing for everyone to be able to make a Trainer Card with the same assets.

That is why we also ask users for submissions to go into the public pool of assets for everyone to use rather than allowing people to upload their own images.

Your custom 'Trainer' does look really cool on the card, don't get me wrong! But wouldn't you agree it'd be more fair for everyone to be able to have that option than just those who have the tools and artistic abilities to have made their own image without the need for our work and assets in the first place?

I hope that when we open up submissions for Modern Card assets in the near future that you'll consider submitting some stuff for it!
Z

Ok, you've made your point and I respect that.

On a side note, It was required for me to make an account in order to post this, which I thought was an issue at the time, and since the moment it was resolved I've been looking all over for the option to delete this account but I can't seem to find it anywhere. What is the process for making that happen?
Last edited: May 13, 2022
Share:
Facebook Twitter Reddit Pinterest Tumblr WhatsApp Email Share Link
Top