Dragonball: To the End of the Universe - Sign Ups

Hey, guys, Luckii here, and as you can tell by the title of the thread, this topic is here for anyone who wishes to join my new RP, "Dragonball: To the End of the Universe".

As most of you may have guessed, this RP is set in the DragonBall universe. For those who are unfamiliar, this is the universe Dragonball, Dragonball Z and Dragonball GT are based in. The time is set hundreds of years after the death of Goku, so most, if not all of the characters from the manga and anime are dead now. In this RP, all races from across the universe have agreed a peace treaty, and everyone lives in harmony. However, trouble is brewing in a far corner of the universe, and no-one knows anything about it...

So, that's a very basic veiw of the plot, anyone who wishes to sign up, either comment on this thread, or PM me. I only have room for a few more people, so if you are interested, be quick! Just to clarify, you can be any of these races: 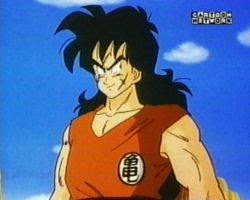 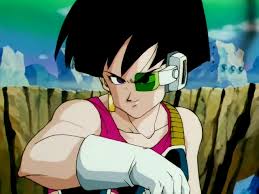 (Both males AND females have monkey tails)
Namekian - 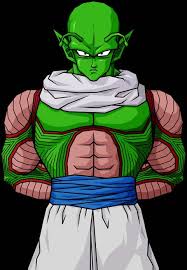 On a very important side note, there is a maximum of three individuals per race, we don't want, like 5 Saiyans. Would just be boring.

I guess I will start with a few Questions then decide if I will join or not.

1) Can Female Saiyans turn into Super Saiyans because just because none in the series did it doesn't mean they were not capable.

2) What Characters are still alive from the original, because I cant remember how long nemekians live in which case I am curious if Dende is still alive.

3) Have the Dragon Balls returned or are there no Dragon balls which goes along with the anime in which Goku died and the Dragonballs faded.

that's about it, cant wait to see your answers.

1. There were only about 2 female saiyans in the entire series, and they were in Bardock's team. Bardock was the strongest out of them (Hence him being the leader), but he wasn't particularly powerful anyway (With a power level of around 10,000), so those particular females could not. However, if said female is strong enough, I suppose it could be possible!

2. All characters from the original series are dead, apart from Dende & the all-powerful Mr. Popo, as they are, like, Gods to the DB world.

3. New Dragonballs were created by Dende around 1 year after Goku's departure from Earth (While riding Shenron). The Black Star Dragonballs still exist, as it we do not know if they faded or not.

Hope that helps! Just to clarify, my character will be a Saiyan, AND I will control all main antagonists. If you want to create a minion of the current antagonist who you wish to control, just PM me before you introduce them into the current story's arc.

One Final Question but is Korin Still alive cause in Dragon Ball he was like 200 something?

Tyler
Age:16
Gender: Female
Race: Saiyan
Hair: Short Blue Hair
Height: 4'8
Personality: She is Tom-boyish however she can be pretty girly when it counts like when it comes to dresses, jewelry, and well shopping.
Hobbies: She Enjoys Soccer and was just recently exposed to martial arts.
Skills: She Can pick almost any lock
Past: She is a orphan who was abandoned at age 10 she was left all alone until a family took her in at age 13. Until then she lived her life as a thief stealing only for survival. At age 15 she lost her new-found mother, it hit her hard since she was the woman who took her in. Now she is Training for a Martial arts tournament for money to support her Father and her Brother who is only 7 years old.

I do hope this character is acceptable.

Not really a Saiyan name, "Tyler". Saiyan names are usually puns off of normal vegetable names. "Nappa", for example, is a pun off of Chinese cabbage. Also, she's a Saiyan. All her family are dead. These Saiyans are the grandchildren of survivers of the destruction of Planet Vegeta, who were sent away before it's destruction at the hands of Freiza. I'll give you time to come up with a new name. Also, on a side note, while 16 may be old enough, most of the other characters will be adults.

Pota (Poe-ta)(Potato)
Gender: Female
Age:20
Race:Saiyan
Hair: Short Blue Hair
Height: 5'2
Personality: She is Tom-boyish however she can be pretty girly when it counts like when it comes to dresses, jewelry, and well shopping.
Hobbies: She Enjoys Fighting but only when she has a choice she also Loves Swimming
Skills: She can charm man with her woman appearance.
Past: She is of course an orphan who escaped the destruction of planet Vegeta. She is very lets say..... scared of what could happen to her now. Thus has spent her time training

I cut it short and made it very plain since I don't quite understand the plot or anything but her is my redone Ty- Pota.

Ok, great! I'll add you to the list! I'll edit this post and add my character's profile in the not-too-distant furture.

Name: Tomatu (Tomato) (name edit)
Age: 17
Gender:Male
Species: Saiyan
Hair: jaw length and black
Height: 6' 3"
Personality: He is an adventurous and rebelious teenager who enjoys participating in martial arts tournaments.
Hobbies: Sports and Martial Arts
Past: He has lived on earth since childhood and he remembers very little of Planet Vegeta aside from the name of the planet and that it is his homeworld.
EDIT-Skills: Gamma Wave- Launches a wave of silver Ki energy at his opponent.
Omega Shot- Makes his hands look like a gun and Fires three bursts od blue Ki energy from the point.
Wolf's Fang Kick- Runs/flies forward and roundhouse kicks the opponent while surounding the attacking foot with silver Ki energy.
Wolf Blitz- Teleports behind his opponent bashing them in the head with his fists, then teleporting below his falling opponent he kicks them back up into the sky and flies past them and turning to kick them in the gut and falling with them stoping with ten feet left and launches a continuous burst of blue Ki energy balls.
This is a great idea and I have seen a lot of Dragon Ball Z and Dragon Ball and i would love to join your RP.

Right! Another RP-er. Three Saiyans, that's the max amount, so no more Saiyans! In anycase, here is my character's profile:

Name: Tacaba (Jabotacaba fruit)
Gender: Male
Age: 22
Species: Saiyan
Hair: Black, long-ish, shaggy, sorta like the image at the bottom of my post.
Height: 6'6
Personality: Can be friendly, but rather isolated and impatient, prone to violent outbursts when provoked.
Hobbies: He enjoys training, both at the gym and while utilising Ki, while at his small flat (apartment) in North City, he plays video games and reads. His favourite book is "A Hat full of Sky" by Terry Pratchett.
Skills:

1. Pumped Up - Concentrates to maximise power to it's limit for a short period of time.
2. Idai - Fires a straight ray of white Ki energy, from two fingertips, toward the enemy, inflicting great damage.
3. Alpha Rush - Dashes towards the enemy, performs a leaping kick to the face, then uses telekinesis to control the enemy, slamming the foe into any nearby wall or rock face. The attacker then flies towards the downed opponent, and punches them in the gut. This attack inflicts a large amount of damage.
4. Subarashii - Forms an enormous sphere of white Ki energy, as large as a car, and hoists it above the head of the user using one hand. The user then hurls it towards the enemy. This attack deals GIGANTIC amounts of damage to the foe!

Past: Tabaca's grandfather escaped the destruction of Planet Vegeta, and married a buisness-woman on Earth, who infact also turned out to be an escaped Saiyan, and they gave birth to his Saiyan mother. His mother, Kiw (Kiwi), then had a one-night stand with Jeremy Greyford, after an evening of partying and booze at a high-rent nightclub. His mother has since died of terminal illness, but his father lives on, completely unaware of Tabaca's Saiyan genes.