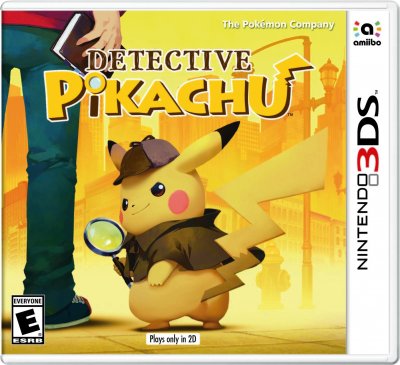 ​
I wasn't sure if this day would ever come to pass, but the quirky Nintendo 3DS title Detective Pikachu has finally been announced and dated for a western release. Originally this "episodic", digital-only, action-adventure Pokémon game was released almost two years ago in Japan (February 3rd, 2016), but a second part was never released and it was never shown off internationally. Since then the incomplete game largely faded into obscurity outside of its connections with the upcoming live action Pokémon movie.

Now, oddly enough, not only will Detective Pikachu finally be released in North America and Europe on March 23rd, 2018, the 3DS game is receiving a complete physical version that tells the entire story - not just the portion that was previously released. Japan will also be receiving this new version on the same date.

Here's the English reveal trailer for your viewing pleasure!


​
If the game alone wasn't enticing enough, a Detective Pikachu amiibo has also been revealed to be releasing alongside the game. The amiibo is quite a bit larger than your average amiibo and is therefore quite a bit more expensive, too, coming in at $30 USD. It's said that using this amiibo will unlock short videos that may contain helpful tips for solving cases in the game. 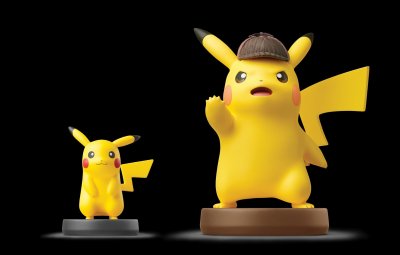 ​
The Pokémon Company is labeling the Detective Pikachu amiibo as a special, limited-edition release, so if you've got the cash to shell out for the bugger - best grab it as soon as it's available.

OH. MY. GOODRA. It looks SO cute and I wonder where Mewtwo is going to play a part in this!
E

OK look I dunno what to say but let's imagine you have powers what would it be, my powers would allow me to pass through the 4th wall AND GIVE THAT SON OF A GUN A BIG FRUSKING HUG

My boy Alex Hirsch is working on it, so it's definitely at least considering purchasing! ^^

Pikachu drank coffe in the trailer XD it’s at 0:36

Detective Pikachu: Solve the real mystery as to why Pikachu is talking and sounds like a middle-aged man.
I'm absolutely buying a copy.

That moment when Deadpool voices a pikachu

Hey guys we have a new Sherlock Holmes is in town "Detective Pikachu"
Last edited: Mar 31, 2018

YES!!!!! Can't wait to play this. I was thinking that it was a Japan exclusive game and I wouldn't be able to get it. Plus I don't know why, but the music reminds me of something out of the Sam&Max games XD

Sparkly Golden Riolu said:
Why the bekfast does pikachu sound lke that... It's cute but exceedingly strange... Also this is the first pokemon trailer/game when a pokemon can talk. At least i think because I haven't played all the games. Also this is the first game that is voiced. All the other games are all got written dialogue
Click to expand...