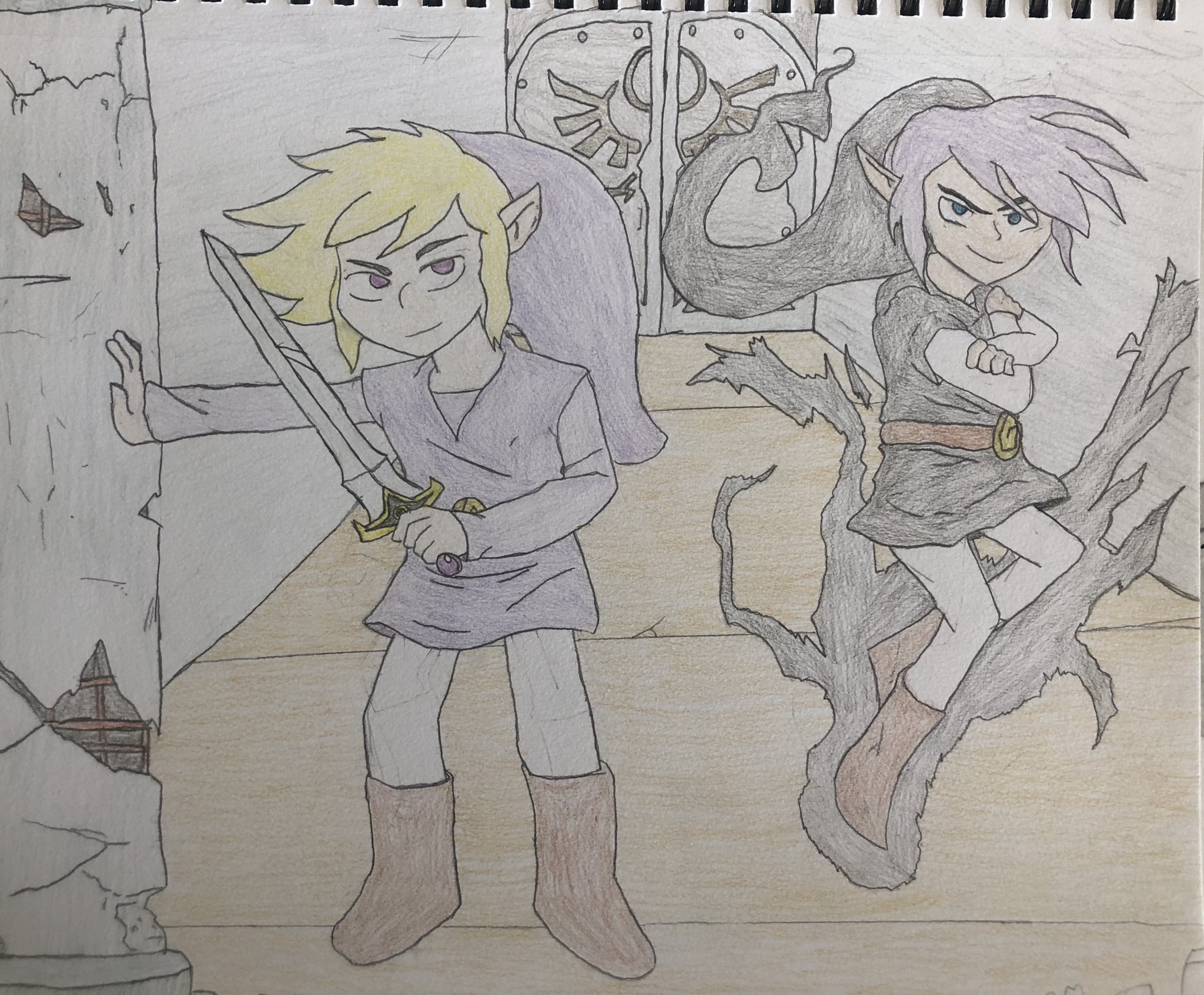 Vio and Shadow, duo in darkness. Shadow, after converting Vio to the side of his master: the wind mage Vaati, teamed up with Vio to create a dastardly scheme, perhaps even greater than that of Vaati himself. With a captured Zelda in their corner as well as an army of nightmare soldiers, the pair laid waste to numerous forests and villages, crushing resistance upon the back of a mighty Dragon. 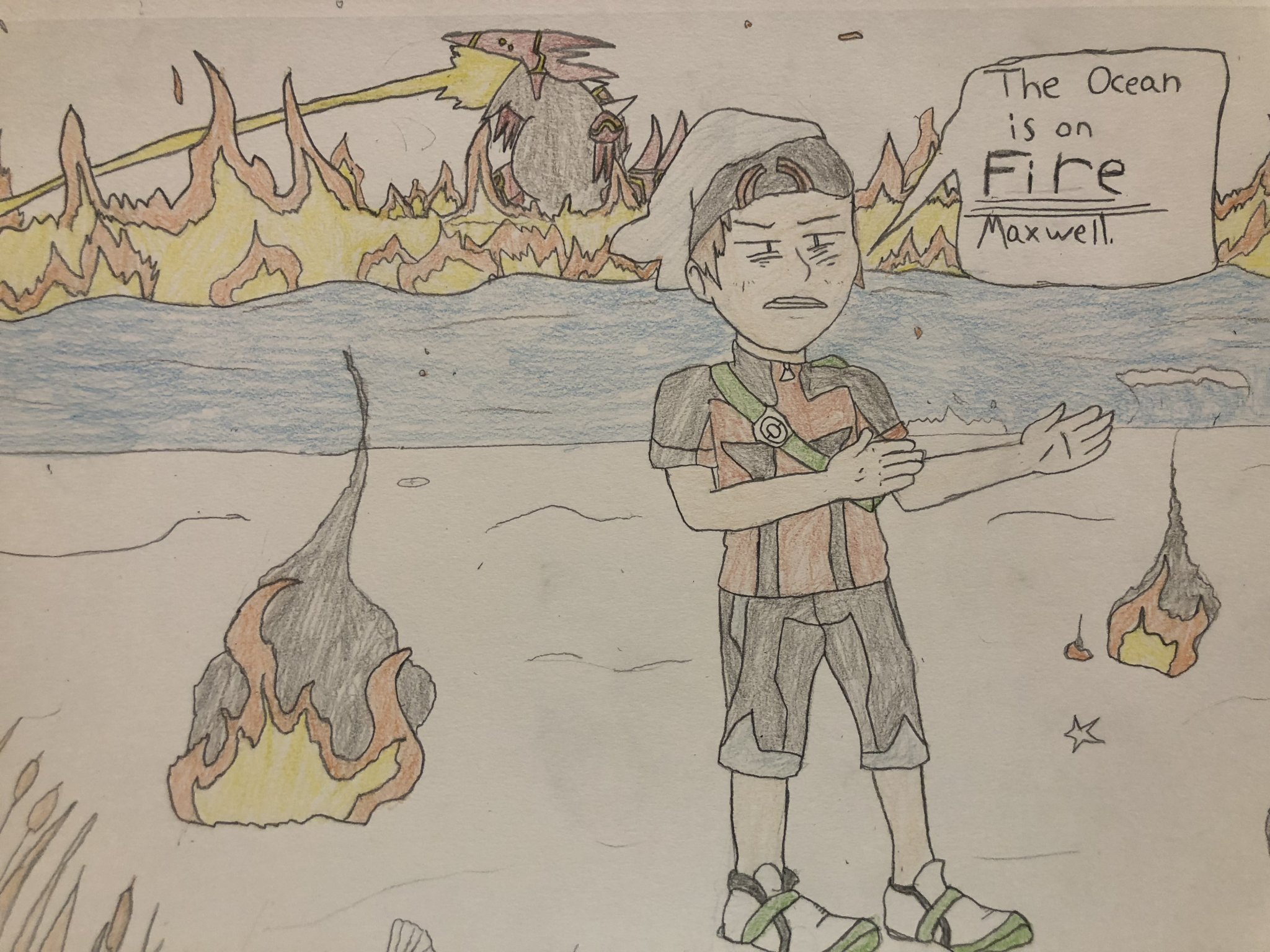 This one is a redrawing of a friend of mine’s work, Archiepichu:
https://www.deviantart.com/archiepichu (ArchiePichu - Student, Digital Artist | DeviantArt)

I loved the panel he made, so I couldn’t resist making a full version myself, fully including a derpy groudon. 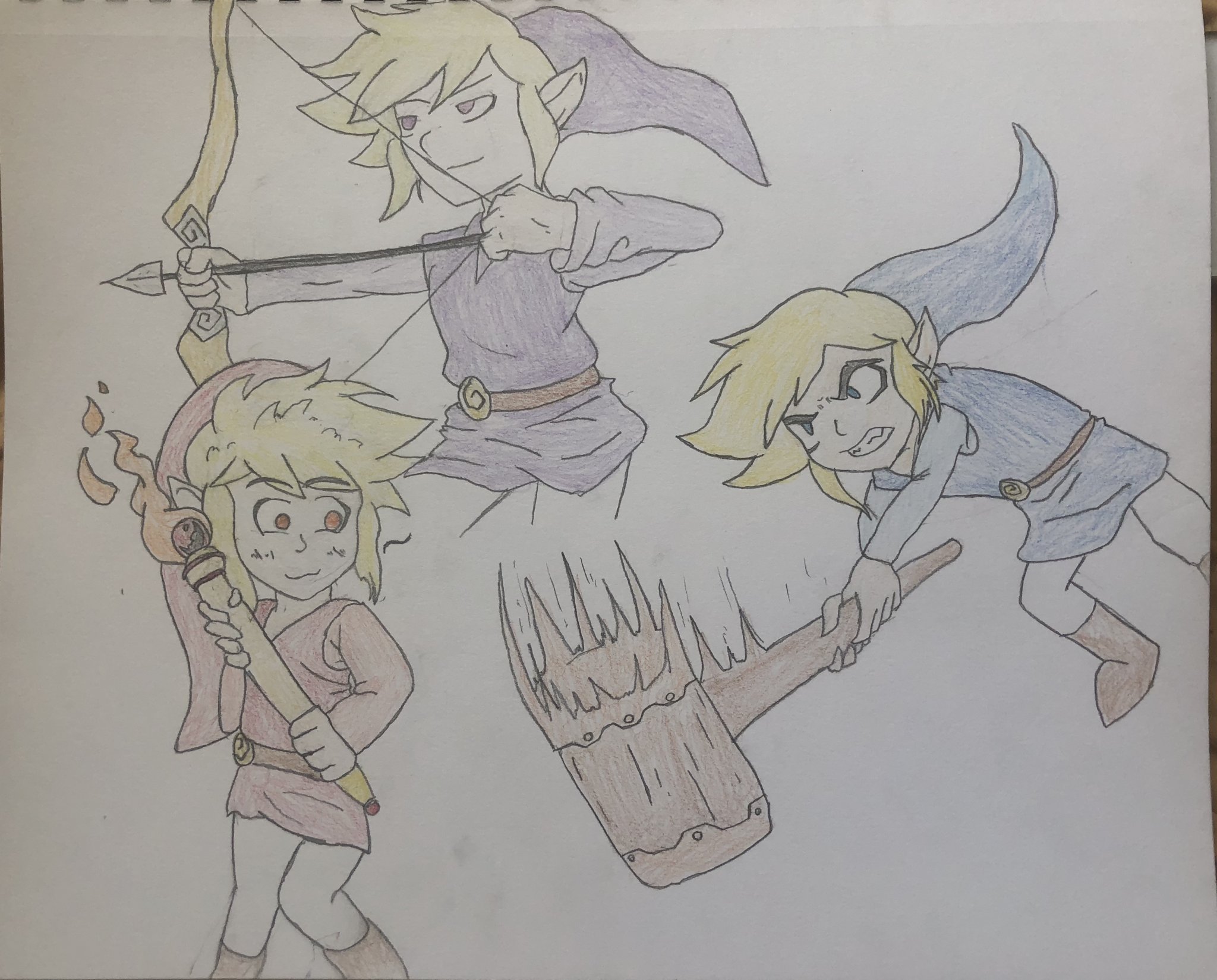 The Four swords, being link and three doppelgängers of himself were created after Link pulled the storied ‘four sword’ from it’s pedestal to defeat an ancient evil known as Vaati. These dopplegangers each have their own personality and skill sets that they would use to help link along his journey.

Red- the shy but innocent member that uses fire as his primary method of attack. While short in stature, he has a big heart.

Blue- Fight first and ask questions later, Blue is boastful and ready to attack at a moment’s notice. Full of pride and aggression, blue is always the first to strike.

Purple- Also referred to as Vio, Purple is the brains of the operation. Heavily bookread and level headed, he keeps the peace while raining arrows from afar. 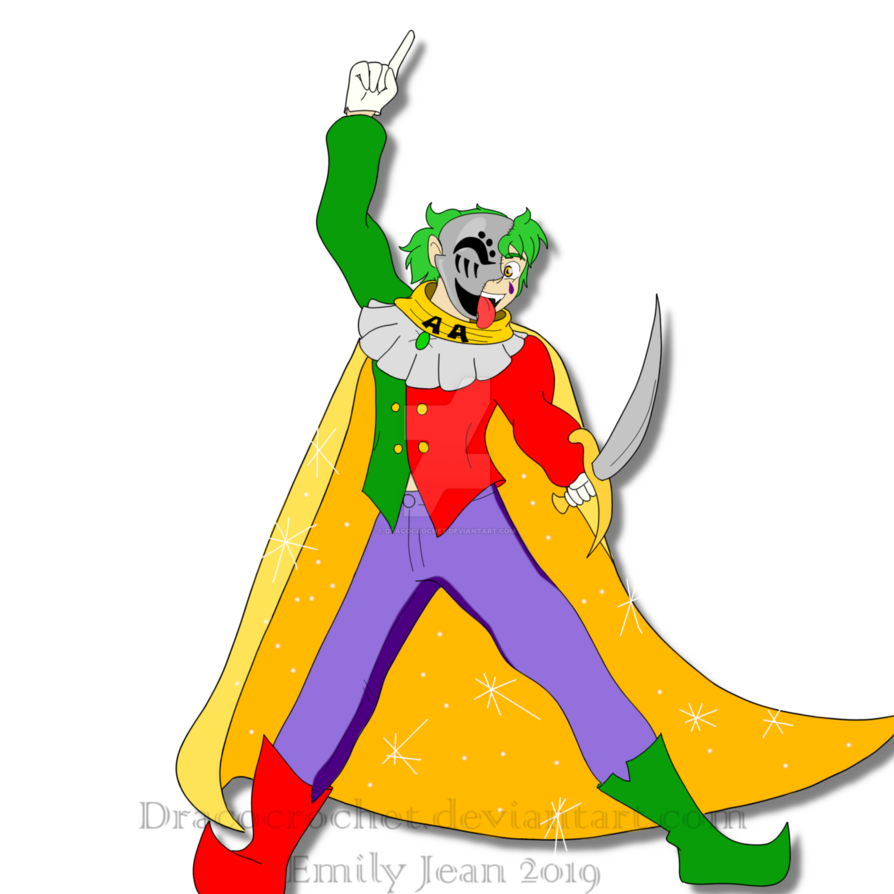 A art piece very graciously provided by dracocrochet, who gave our loveable little preformer a makeover in a digital format!

He is a part of our naruto rp:
https://pokecharms.com/threads/naruto-au-chunin-exams-discussion.18973/ 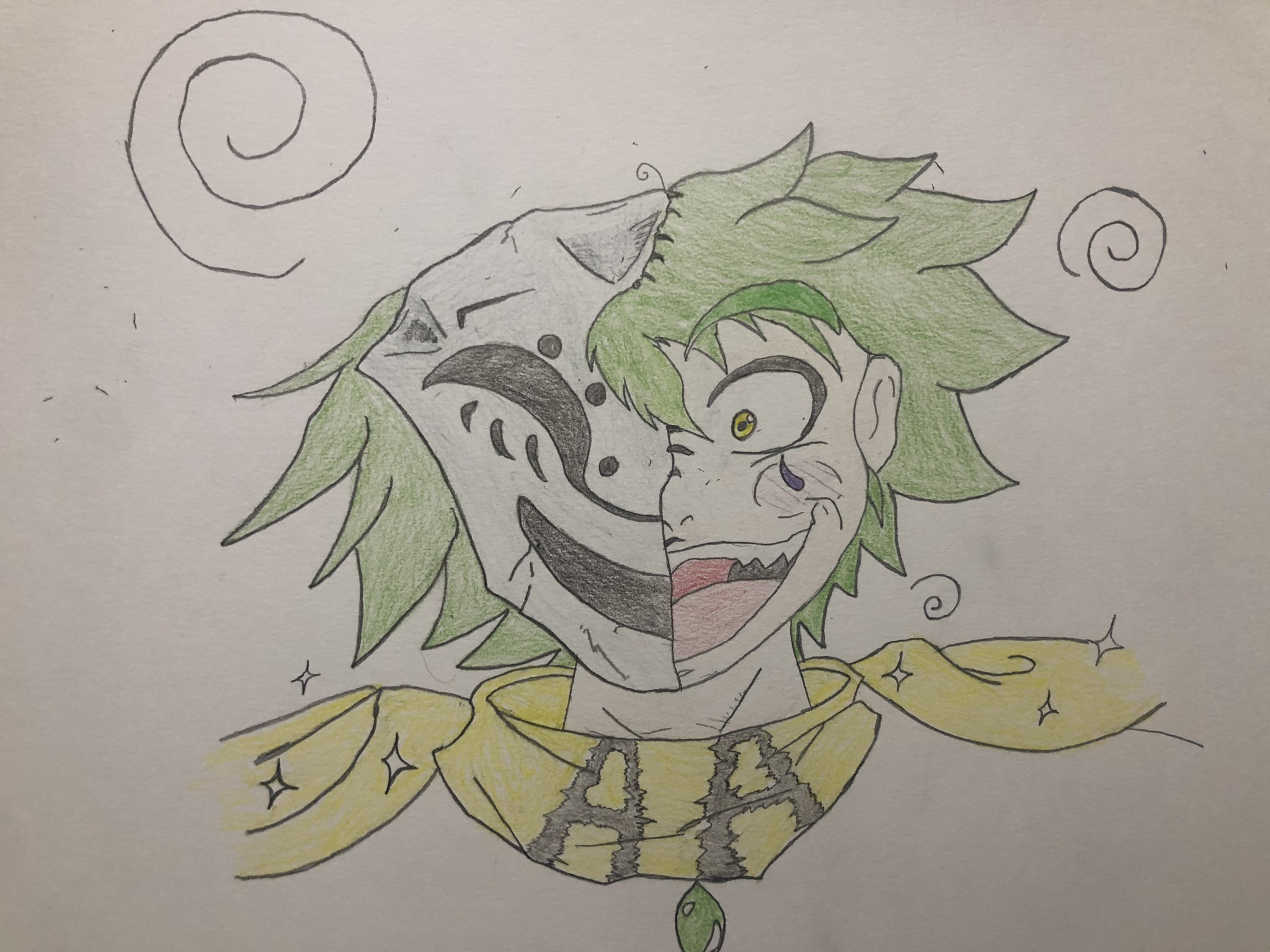 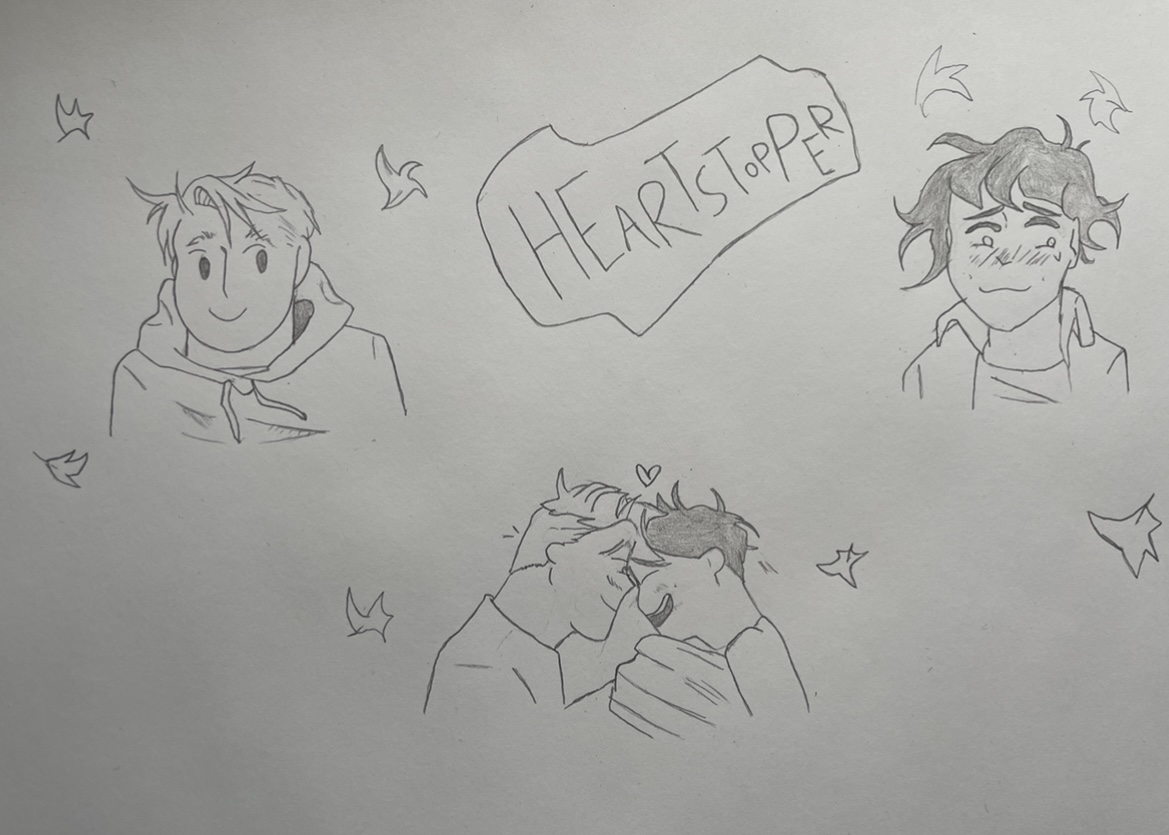 From the Webcomic turned Netflix series 'Heartstopper', it centers around Nick and Charlie, the two main love interests.

Charlie (Right) is a highly empathetic, yet anxiety filled boy that wears his heart on his sleeve. Being a bit sensitive, Charlie is very careful who he lets close to them. He often plays the drums and is a massive book fan.

Nick (Left) is an outgoing, yet somewhat oblivious guy with a righteous heart. He's the head of the rugby team and loves big dogs. He's always one to make sure Charlie is okay, since Charlie doesn't often vocalize his problems.
Last edited: May 6, 2022 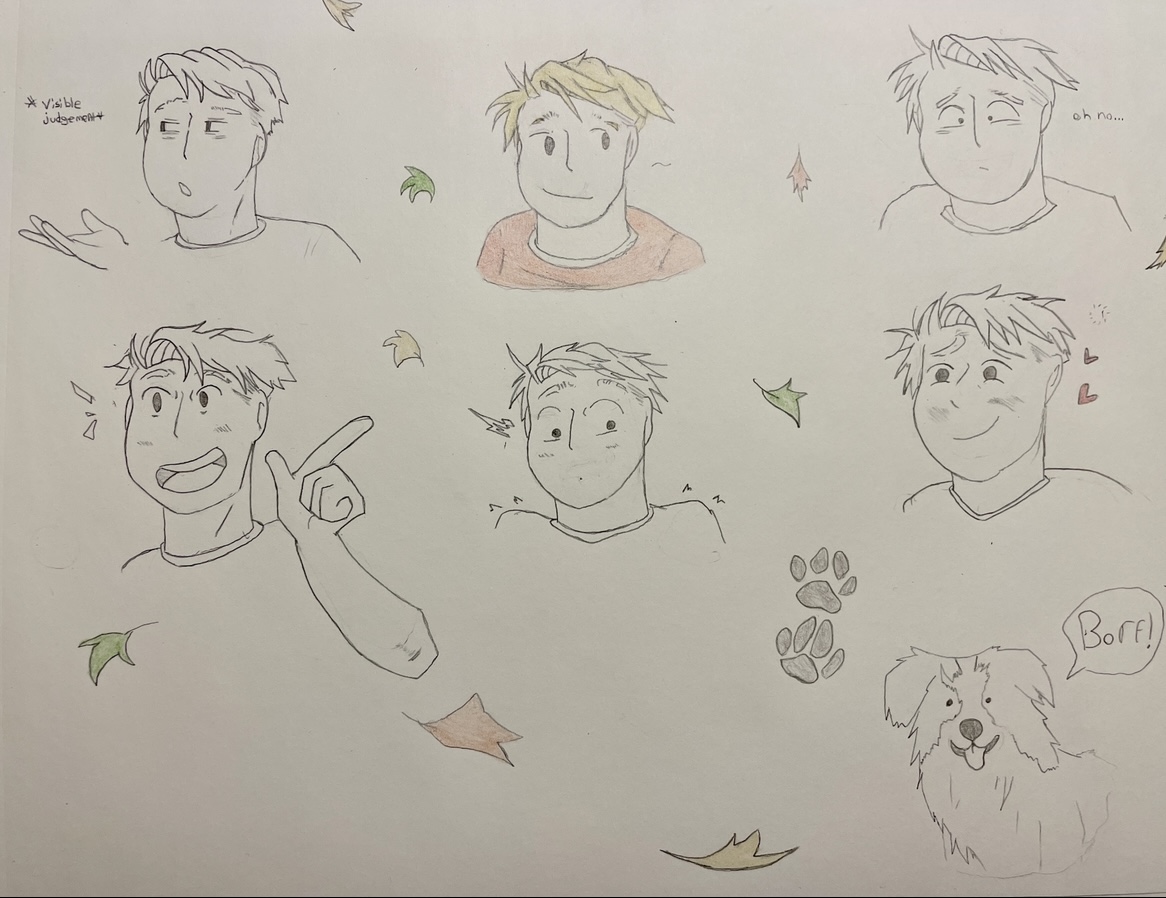 Got motivated listening to the OST of the show, so I decided to just make a whole emote set for the food ol' rugby king 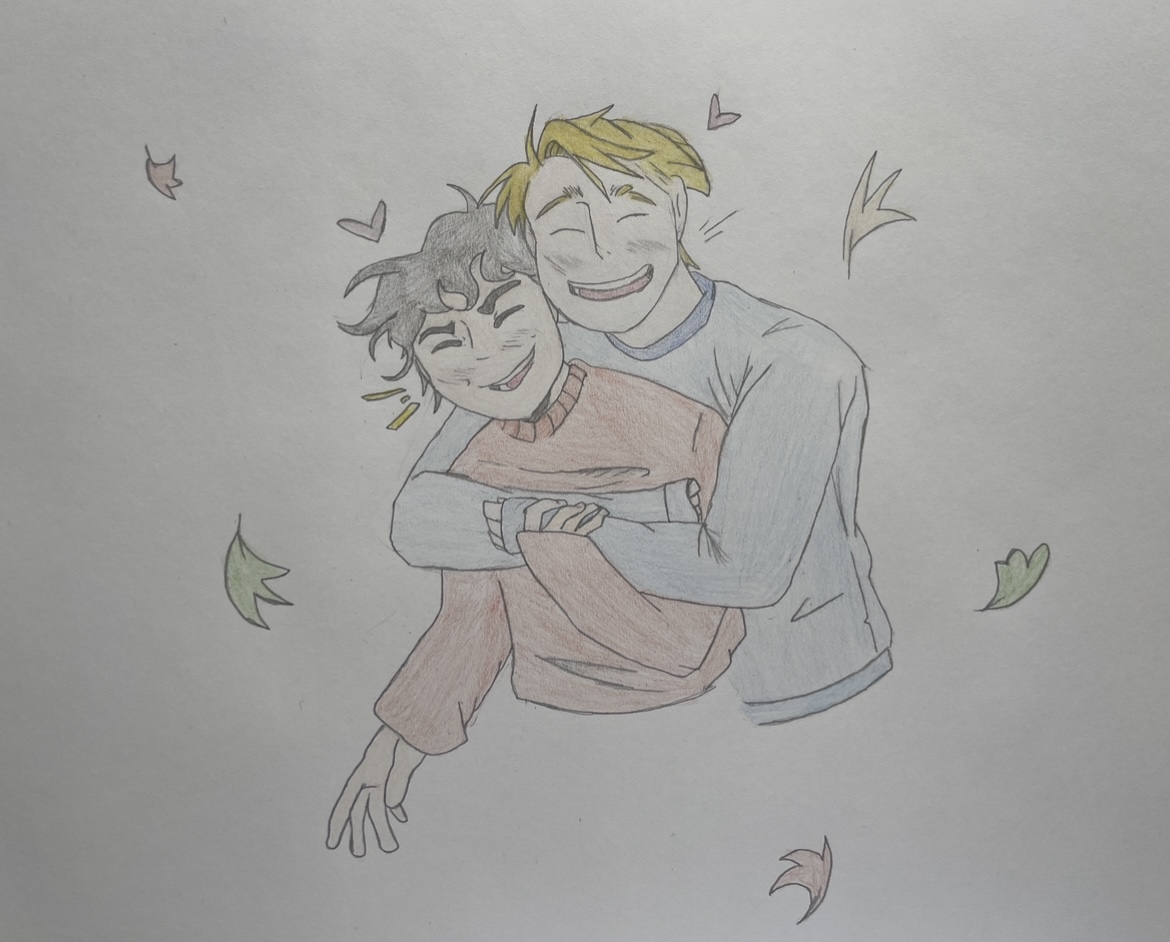 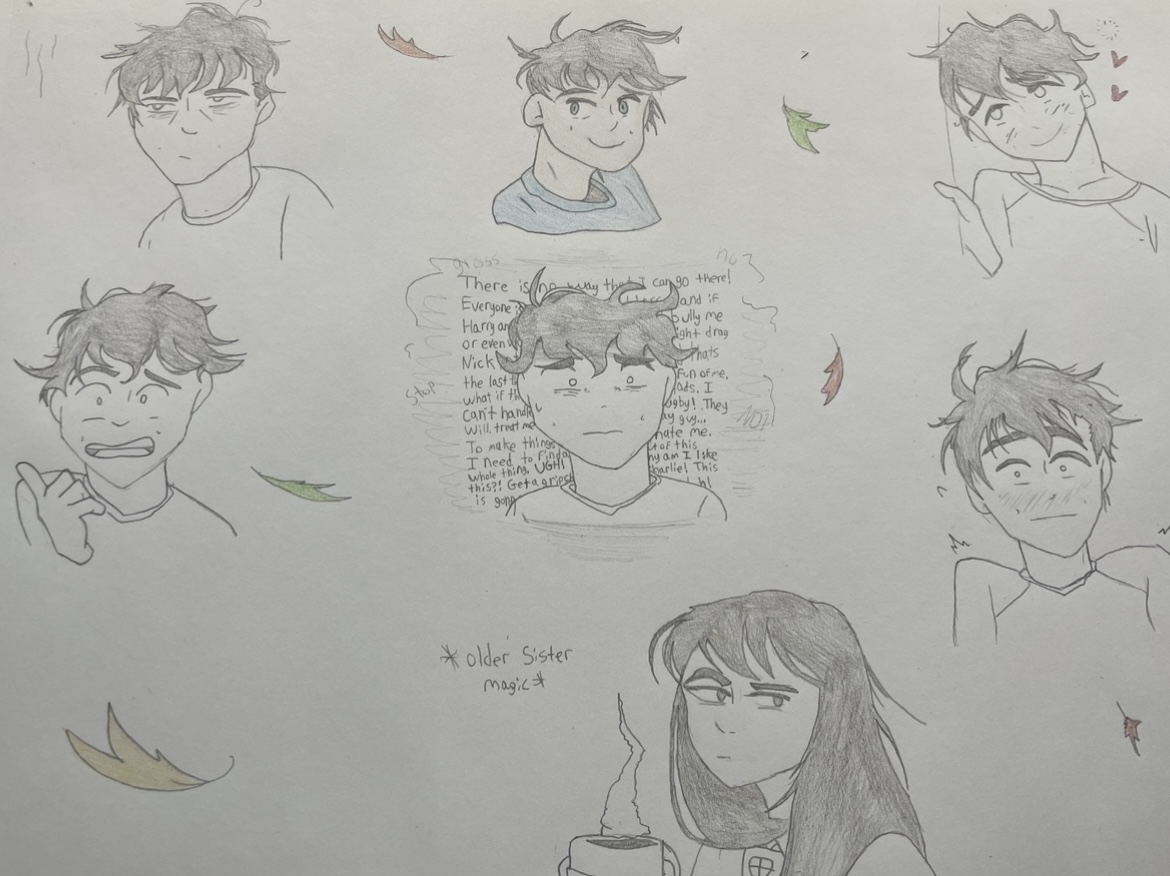 Basically a part 2 to compliment Nick Nelson's expression set. This time covering the yin of that yang, Charlie.

They are in order: 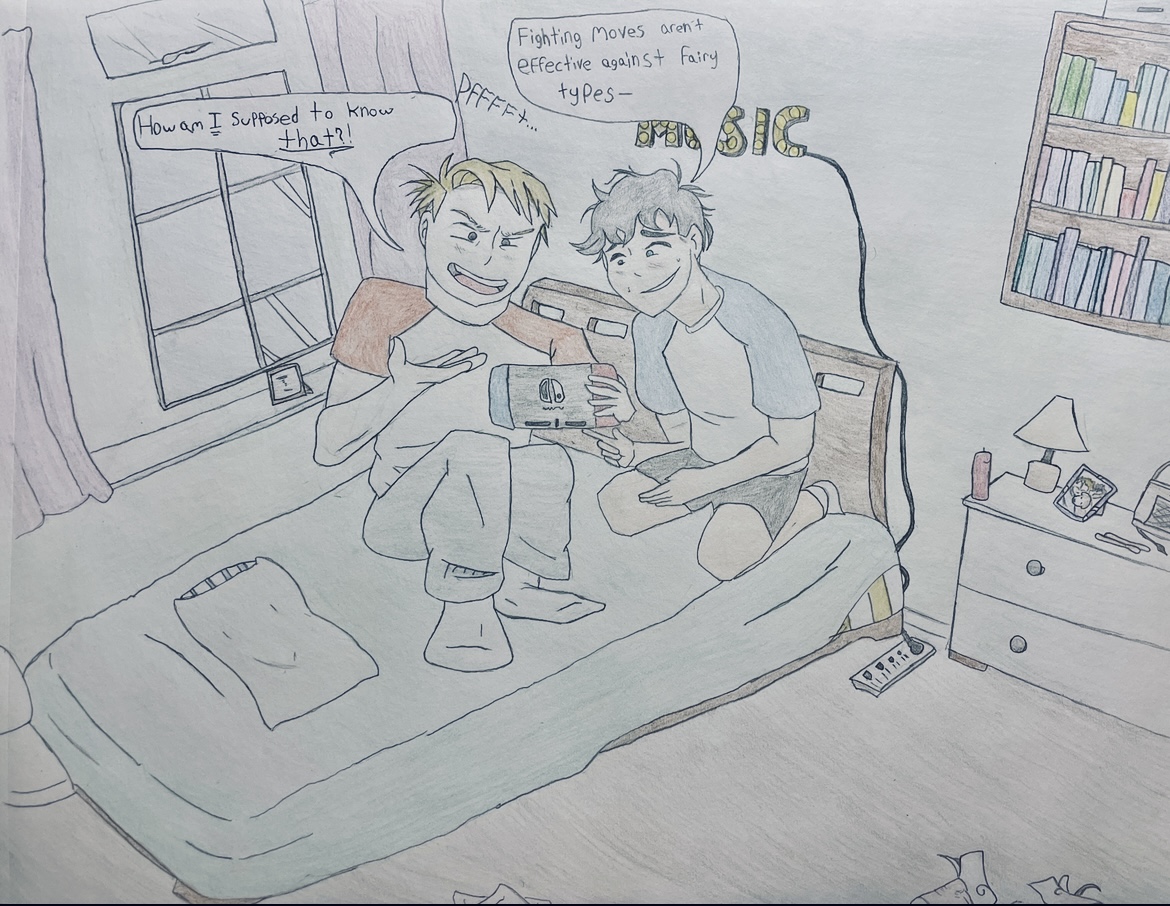 Maybe don't use brick break on a Granbull next time.

Heartstopper- Day at the Beach 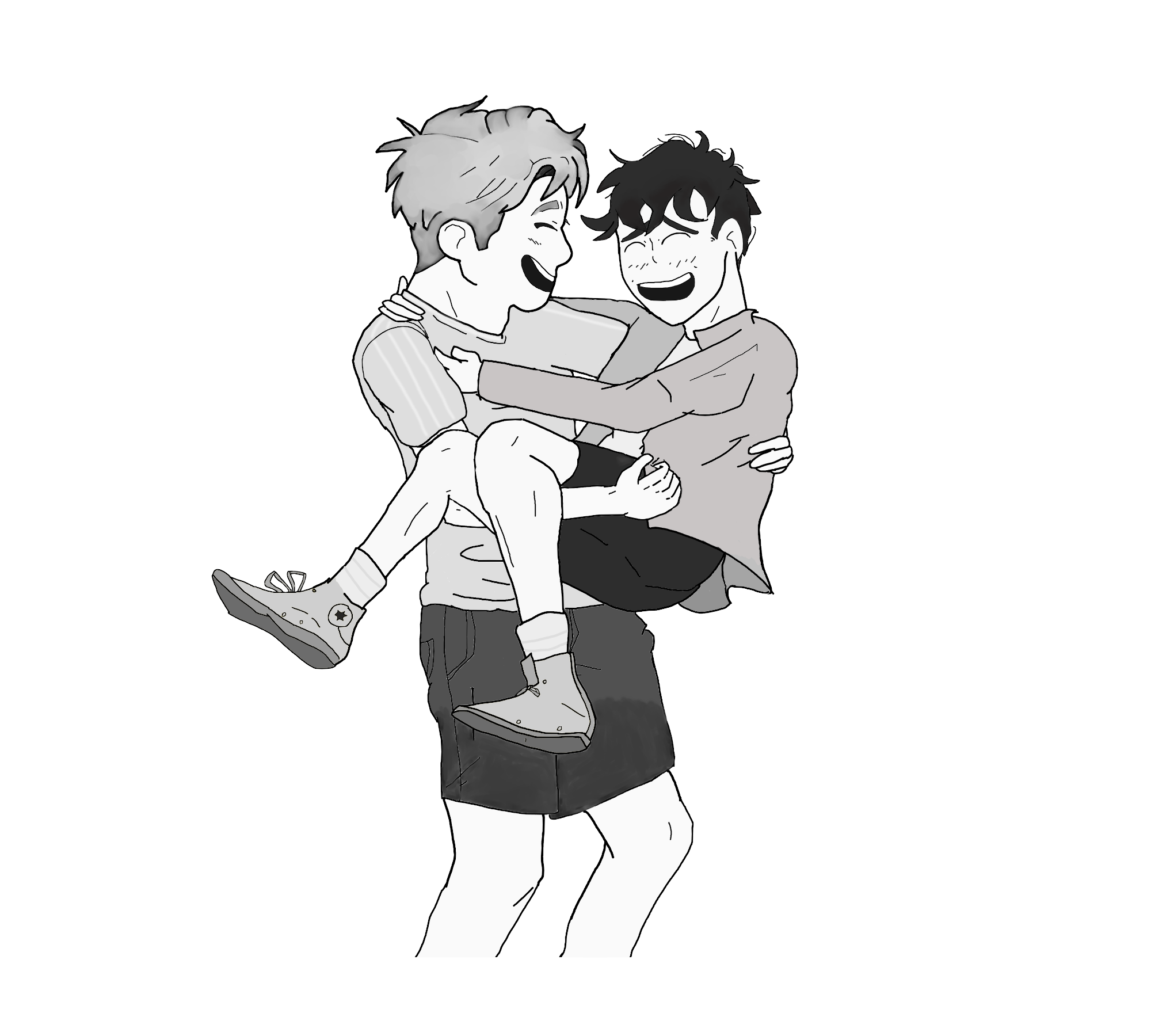 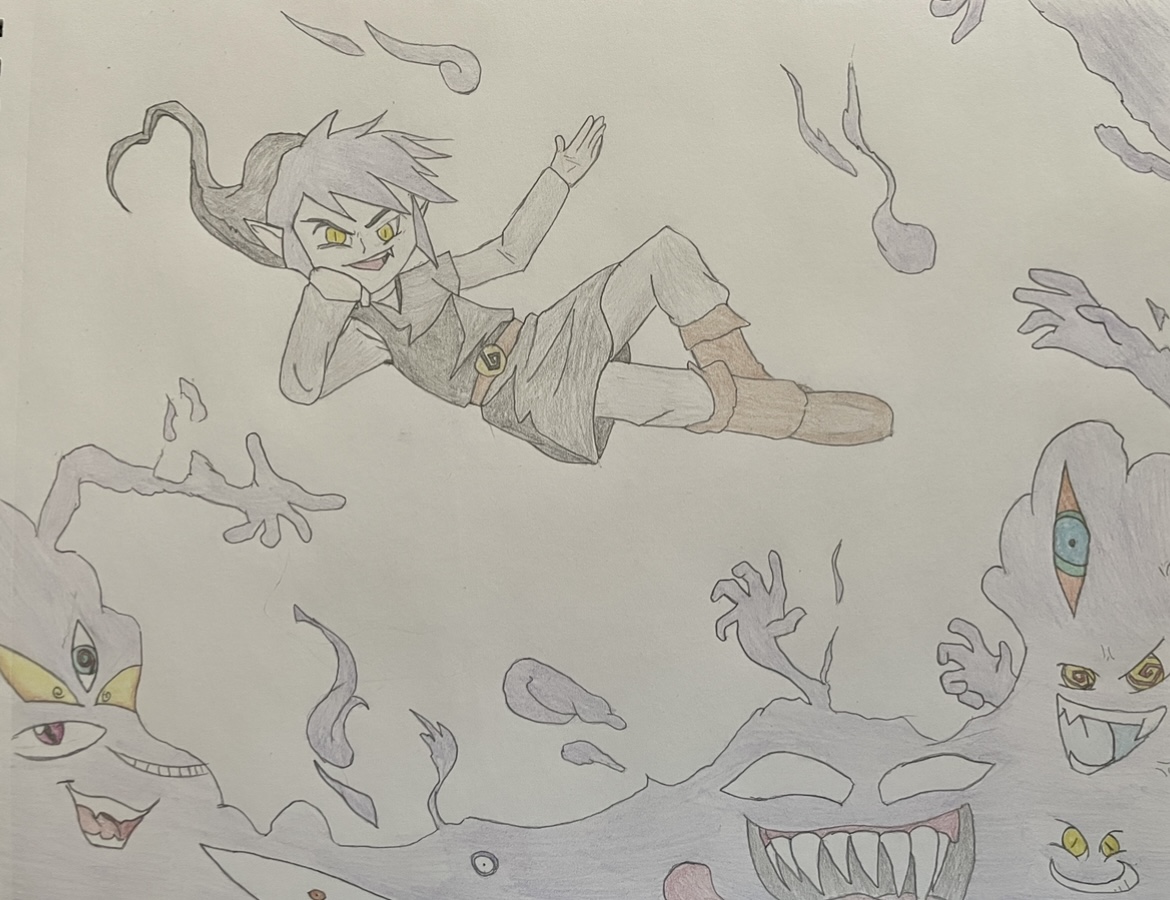 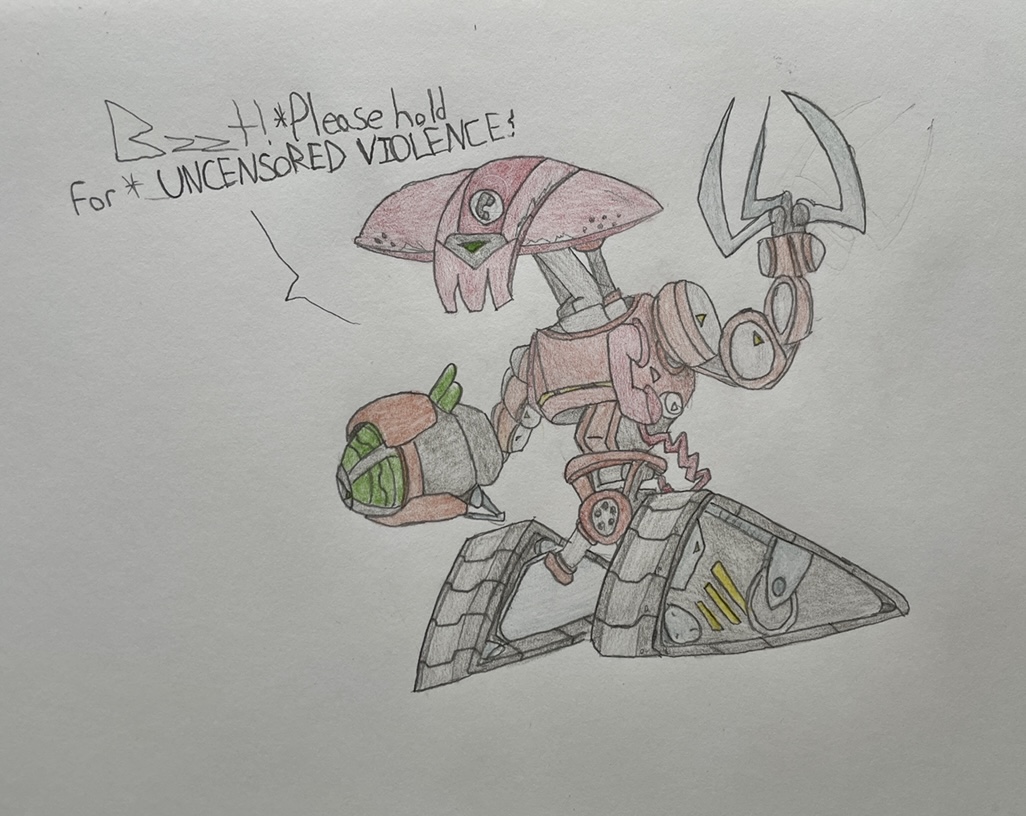 Sentry belongs to a genocidal robotic species bent on eliminating all organic life. He is a stealth operative unit fabricated to be for Intel gathering before invasion. However, upon realizing his species lost the great AI War, he elected to remain incognito and taking on a new identity until he finalizes his plans for vengeance on organic life.

For his stealth mode, he is known to transform into a plethora of objects. Umbrellas, tables, washing machines, radios, and eventually his favorite: A Phone Booth. This transformation feature has served him well over the centuries to take out foes before they realize they are in the presence of an enemy.

His prime directive is: “If you can’t beat ‘m, join ‘m, and then beat ‘m anyway cause they won’t expect it”. Fitting for this, he's always opportunistically looking for a chance to eliminate his organic teammates when they are vulnerable to assassination. 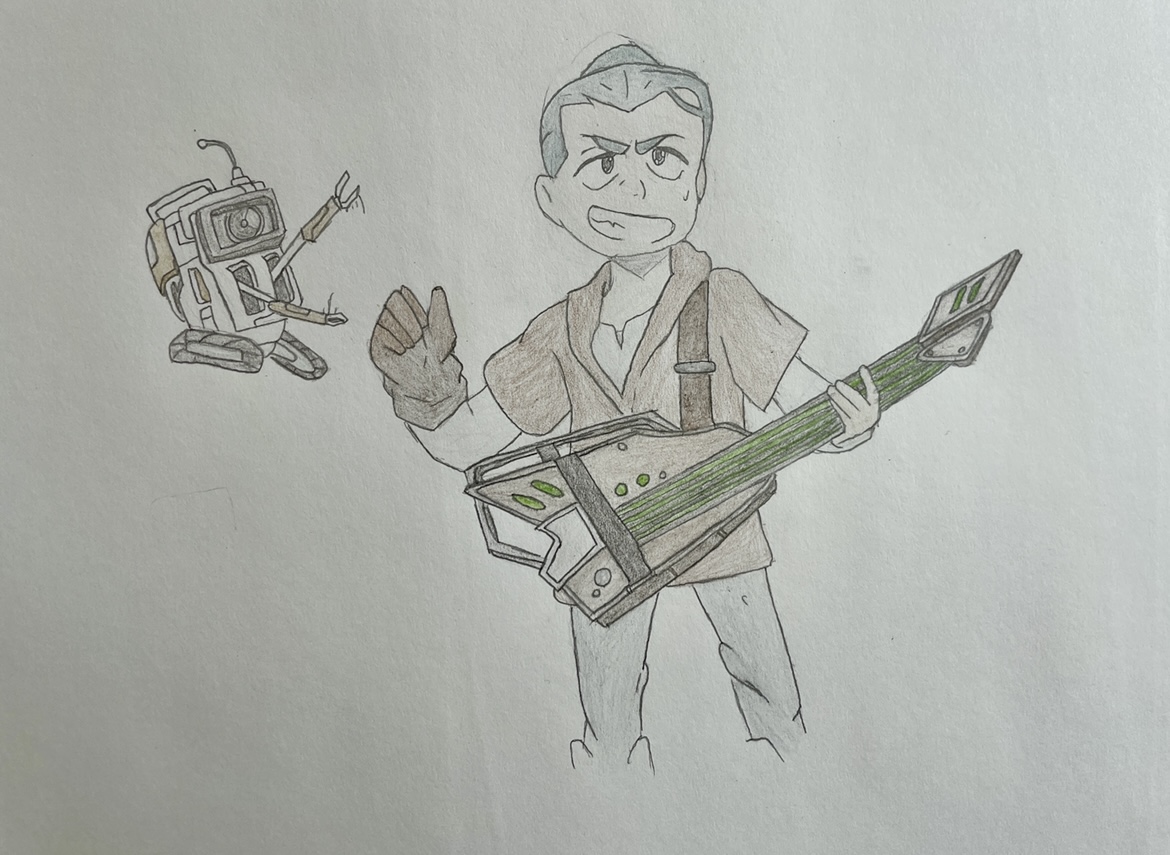 Jay is an ex-Jedi padawan that left behind his title during the tail end of the clone wars during a fierce battle to find his calling in the form of music. Going from violence to vocals, he became the lead vocalist for a band called 'Star Waver'. During this time, he found happiness in the band members and in the songs they'd play.

V-5(left), is the band song mixer, specializing in blending electronic sounds and adjusting amps when needed. Although he's often seen sliding across the stage and flailing his little arms up and down to the beat. 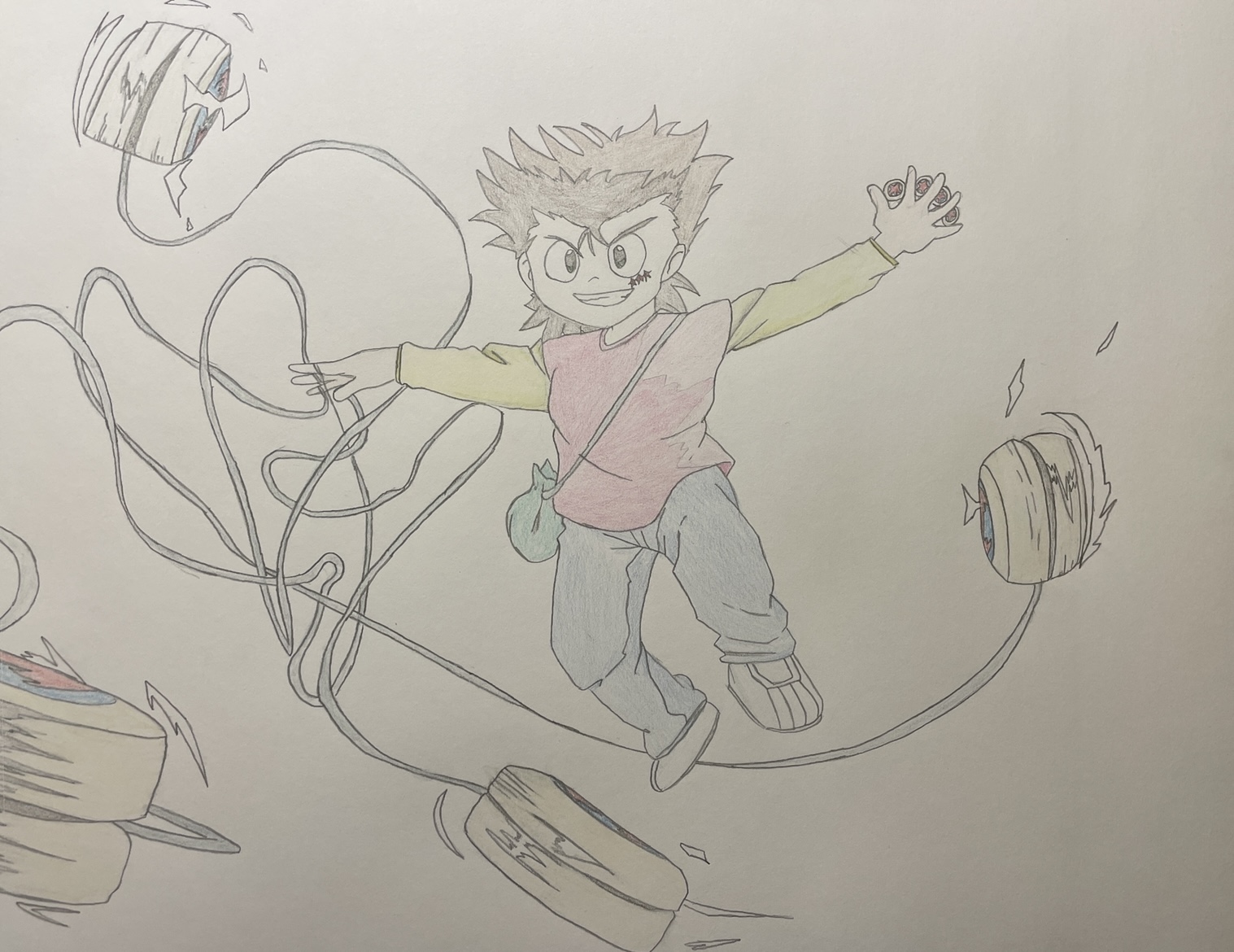 Rinku is a mischievous demon with the look of a young child, despite being over two hundred years old. He's rarely ever serious, preferring to play and make a fool out of others.

With his unassuming appearance, others often underestimate him, giving him an advantage right off the bat in the element of surprise, having impressive physical strength to even down targets three times his size in one kick. This is only topped by his speed, which Rinku uses to toy with his opponents, his several after images making it appear as if there were a dozen of him all taunting them.

When Rinku pulls out all the stops, he brings out his cherished weapon: The Serpent Yo-Yos. These eight yo-yos are far from your average kid's toy. They navigate through the air as if they have a mind of their own, spinning with intense energy like saw-blades, piercing through walls of concrete as if they were paper mache! Even the strings themselves are deadly weapons, able to extend and tie themselves around foes and exert enough physical power to suspend a fully grown man over a hundred feet in the air! 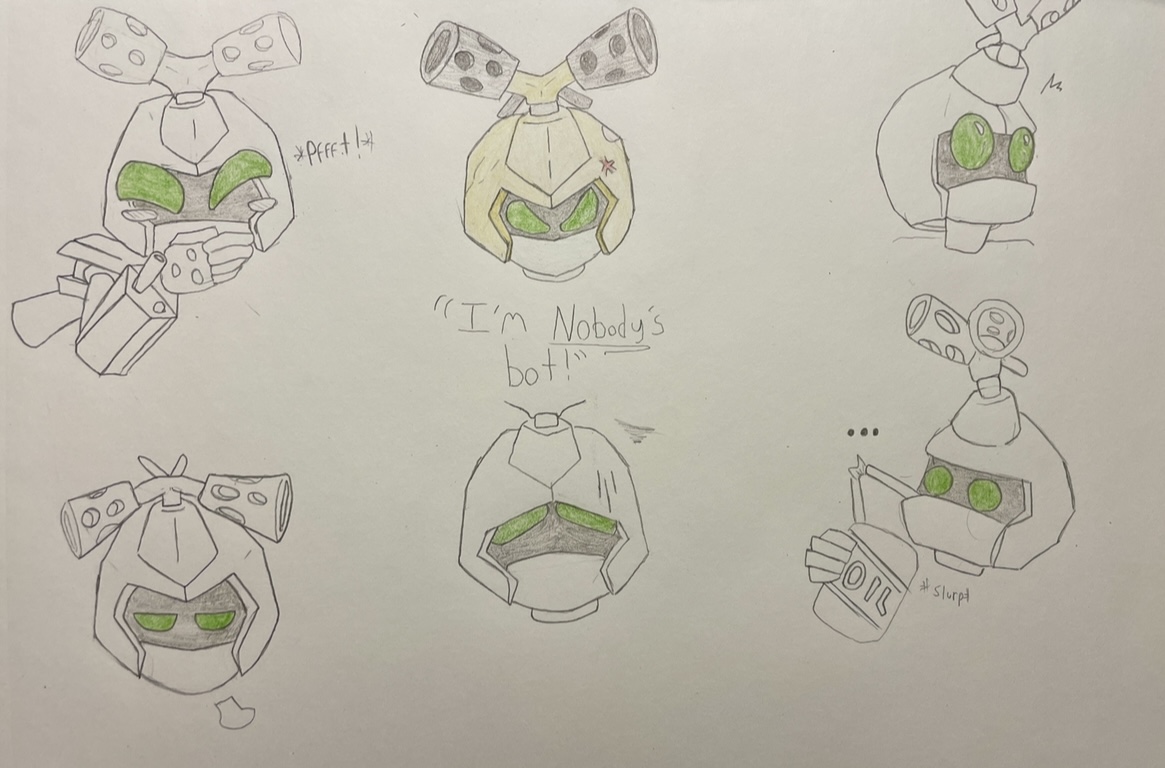 They are in order: 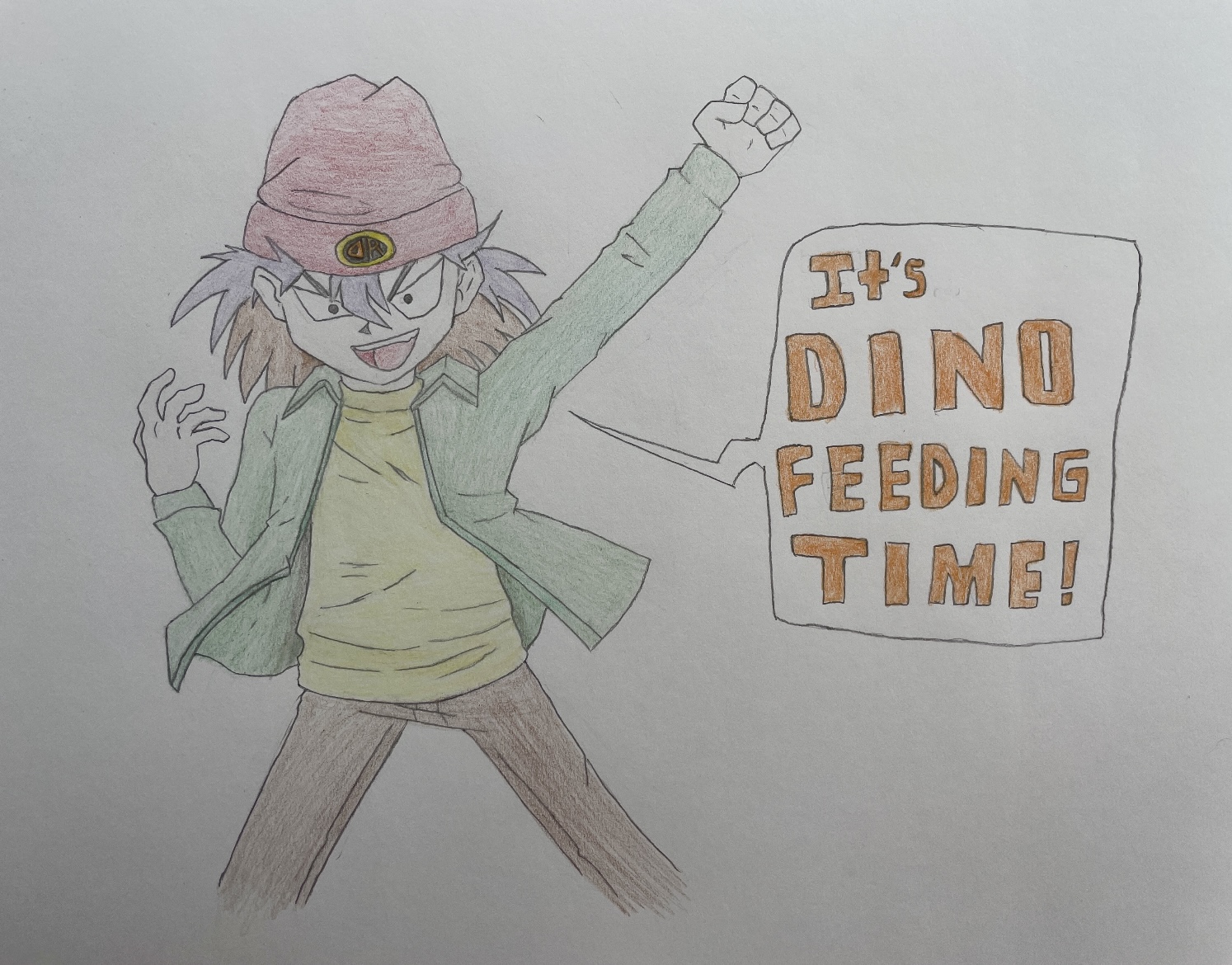 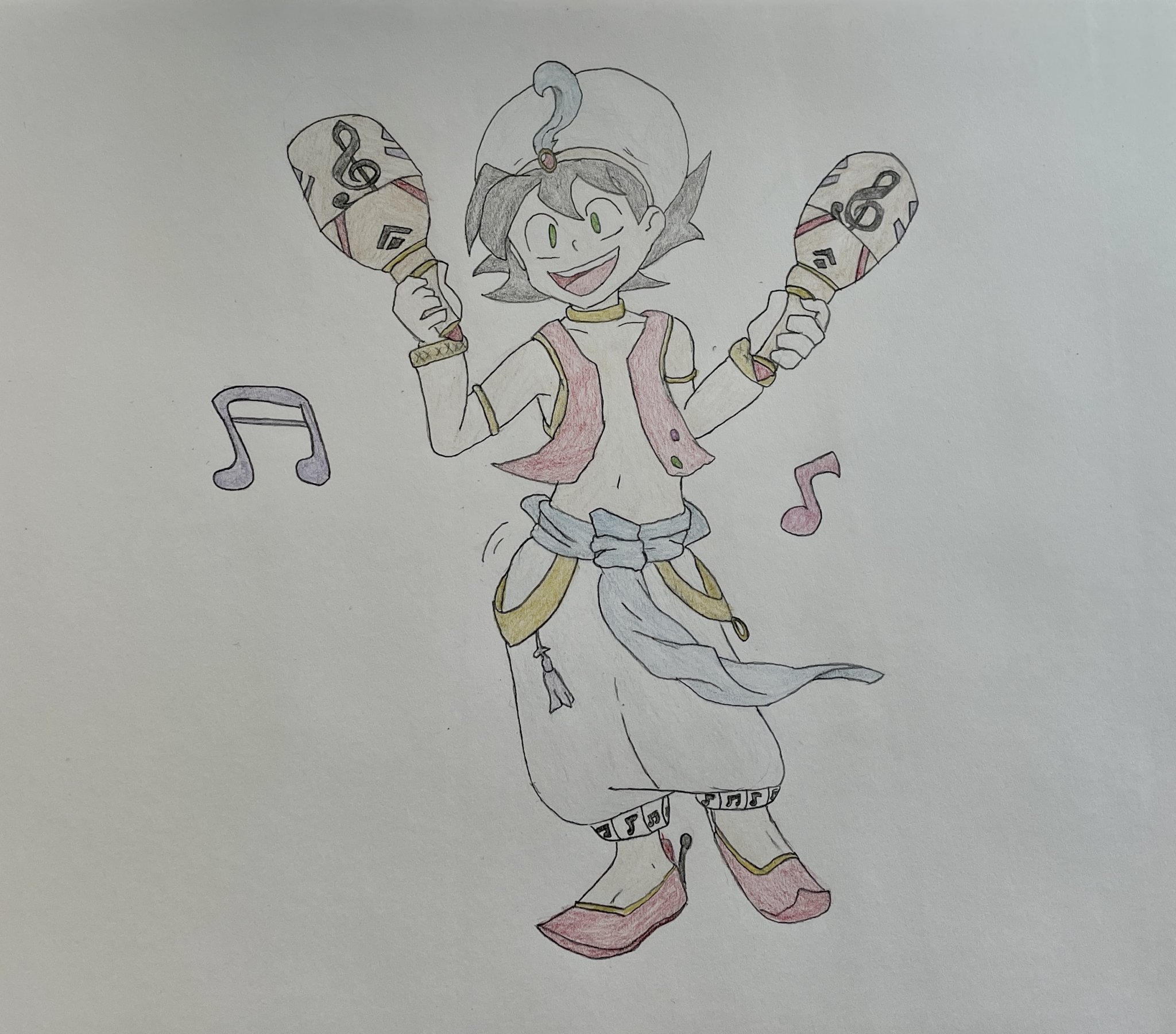 Mizo is a cheery, yet naive member of the Wondrous Wandering Caravan, gifting wherever they go with song and joyous tidings. He is the life the party wherever he goes, pulling some of the most nervous souls into his lifestyle of song and dance.

As a little child, he was raised by the gypsy caravan after being found. growing up, he grew a strong affinity for music, and helped keep spirits high in long migrations. His setchi etchi maracas both serve as tools for both song and defense, being able to enlarge and coat in rock, acting as large clubs. 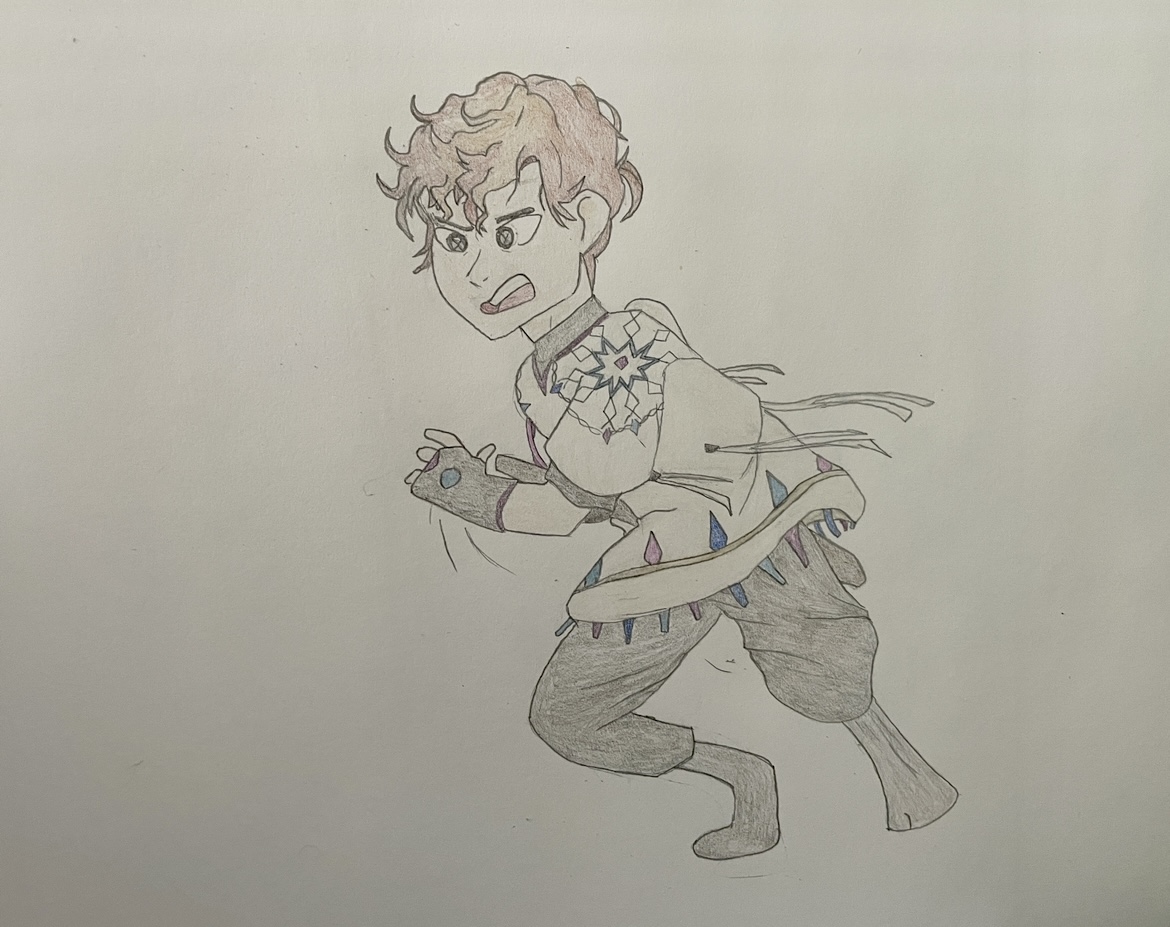 Aoz was always an honorable swordsman, used to his life in the mines, finding precious ore under the order of the shogun. He was born weaker than the other kids, barely able to walk and unable to see. Learning to sense vibrations and guide himself with the light, it allowed him to keep up with his mates, and pull his weight.

After his mine collapsed, he was alone and afraid, in a new world he was unsure of. After being found the by the Wonderous Wandering Caravan, Aoz found a new place, one with new freedoms he never had, and less harsh expectations on his shoulders.

After taking a now well deserved relaxed place in life, he decided to stay in the caravan for the moment, perfecting his skill with the sword for the day he would need to protect the caravan, alongside finding new enjoyment in exploring the world of fireworks. He enjoys fireworks from how they make others smile and Aw, despite the fact he can't see them himself.


Aoz is owned and controlled by @Mango137 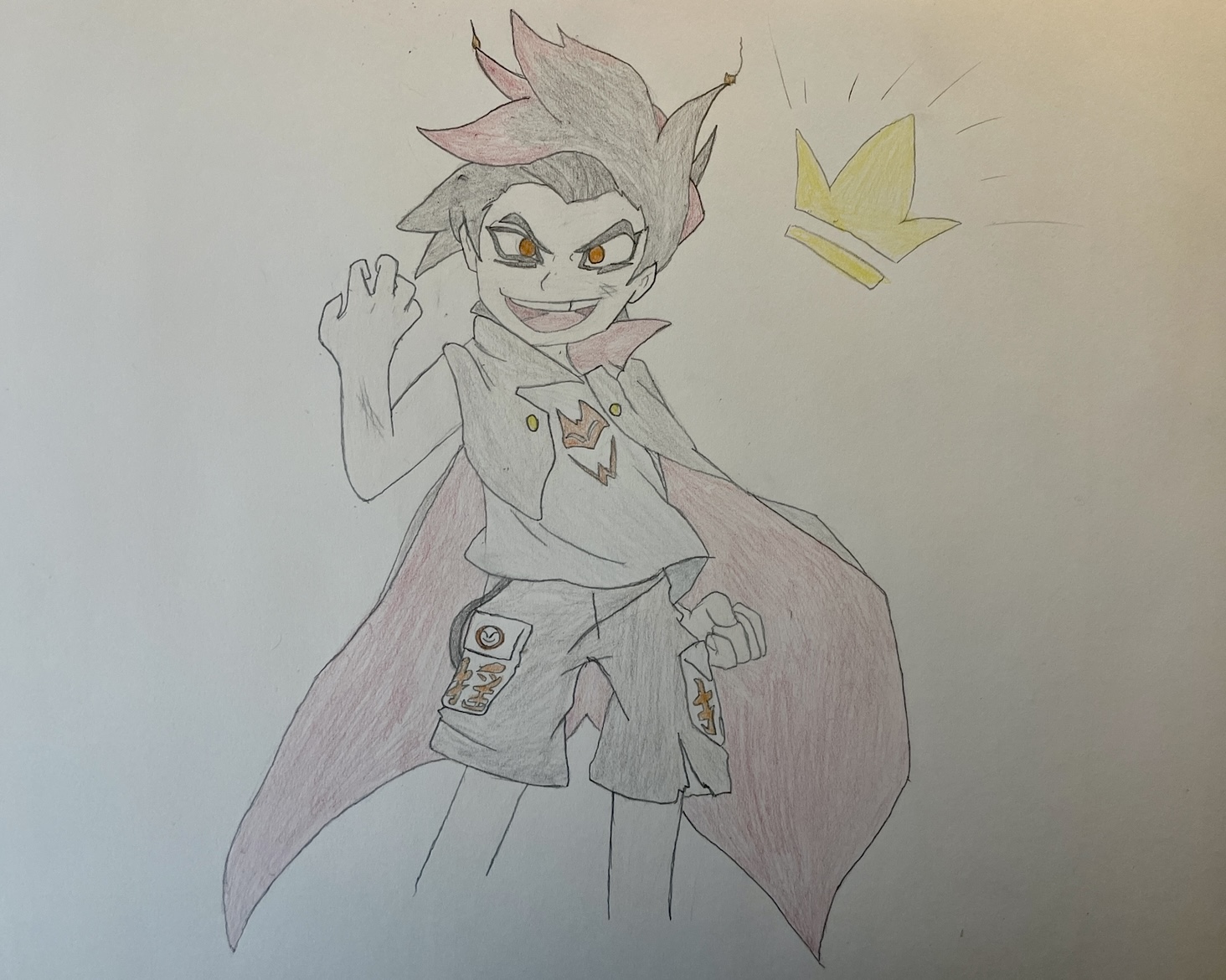 Akuto blasts on the scene! This troublemaker is dedicated to being the meanest one around, leader of all criminals! Rambunctious and trouble seeking, Akuto is attracted to danger, frighteningly so. He will be quick to dive headfirst into danger to cause even bigger danger just to show off.

He gets bored with monotony, looking to spark excitement by causing general mischief, not even looking to raid for stealing goods, but for the thrill he gets for doing so.

He secretes a chemical from his pores that is highly flammable, and can be ejected as a liquid or a gas form, sticking to all those unfortunate enough to cross it. He then lights it ablaze with his signature napalm technique, which is impossible to douse with water! 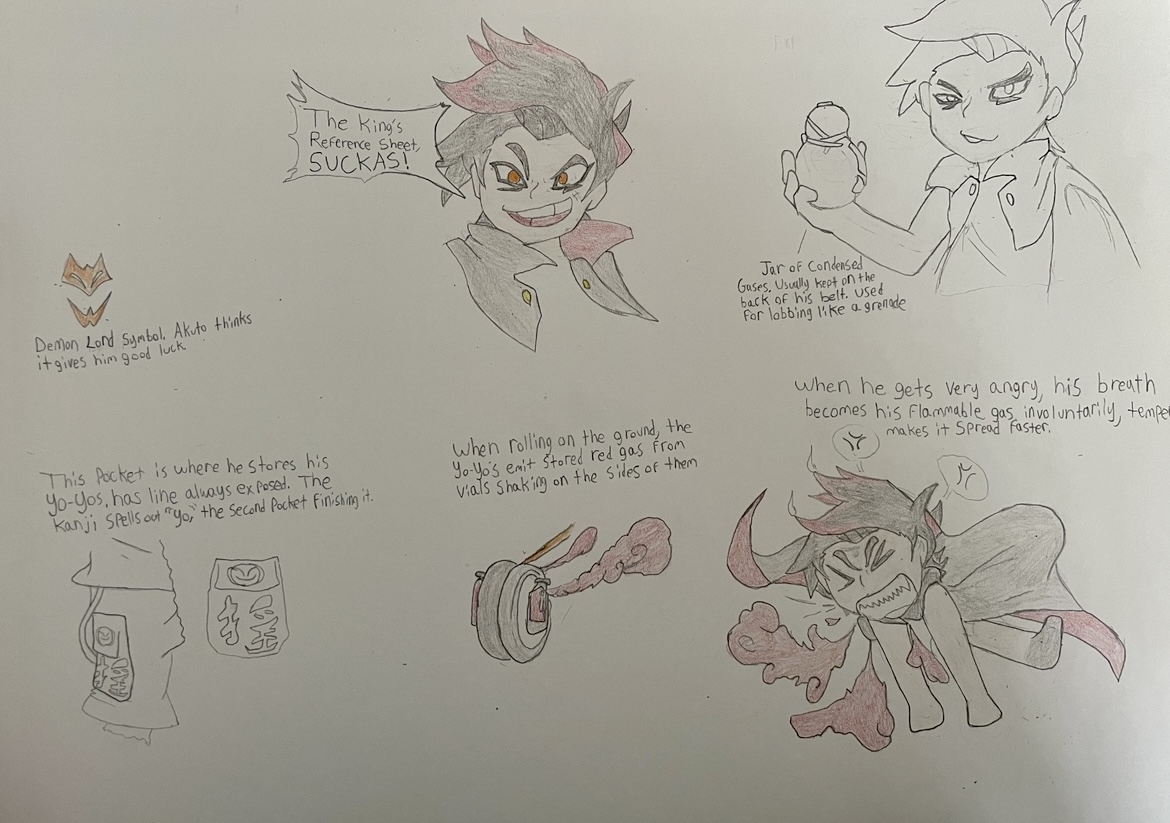