Demonic Bunny said:
Will Quirk Awakenings be allowed in the future?
Click to expand...

I'm going to say no to this. Only because from what I can tell awakenings result in OP characters and no matter how long this roleplay goes on for I'm against giving anyone access to awakenings as they are rare and as previously stated OP

Personality: If he isn't found dozing off, Ubuki's trying to find a way to entertain himself. He gets bored quite easily and prefers to stay more in the background, unnoticed. He's easy-going, friendly and can be ignorant at times. Despite this, Ubuki's pretty smart and is rarely serious. Ubuki is also horrendous with responsibility as he does bad under pressure, and under stress in general. 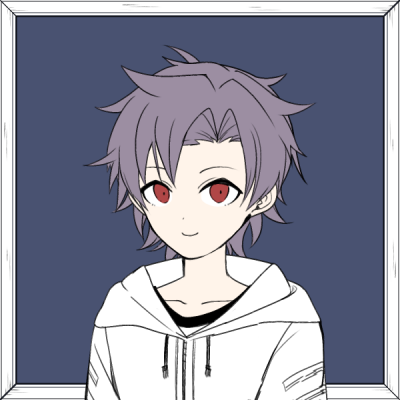 Ubuki's 6'3, underweight and has pale skin.

Clothing: Ubuki'll wear anything that's comfortable as long as it isn't too flashy.

Quirk: Puppet Strings - The user can form and retract up to 10, thin white strings on each of their fingertips that can fly a fair distance before reaching it's limit. These strings can attach themselves to objects and walls by coming into contact with them. If it latches onto someone, they will be slowed and the user can pull the target towards them, the more strings attached the more power applied. One string's effects are slightly noticeable, but nine will make the target nearly immobile, or allow the user to slam them into the ground. If all ten strings are attached to the target, the user can control the target's movement, however they can still move their upper half. The strings are also quite easy to break.

Hero name/Hero costume: Puppeteer Hero - Puppet Master / Ubuki wears a simple harlequin/jester outfit with a purple and black colour scheme, with his face covered with a black theatrical mask. On the waistline of his costume is a plethora of needles that are usable for close quarters combat and to use his string as a dangerous whip by wrapping the string around the eye of the needle.

For grouping purposes so that the characters can be better sorted into teams for activities I'm going to wait for 3 more characters to make the total 16. I'm keeping each role-players character limit to 2 so those who already have two don't make anymore, for those with one if you think you can handle 2 the feel free to make another. If need be I will make a second character if we end up only needing one more.

I'll try and get a second character written today or tomorrow.

I can handle two, but could you make a list of the quirks accepted so far? I like to brainstorm new ones and get distracted scrolling through bios xD

One of my characters planned could be dragged around by Kenji.

Cmeriwether said:
One of my characters planned could be dragged around by Kenji.
Click to expand...

I'll have Tetsuo's bio up by the end of today.

Personality: Tetsuo is a calm soul, not one to pick a fight, his confidence is a bit below average, but he is still sociable, and even watchful, has a Serious side, and due to his quirk's nature, he can remain calm on the outside, but Raging on the inside, to a point.

Appearance: He has an intimidating build, standing at 206 cm (6'9") and weight of 127 kg (280 lbs), his hair is short, but Dark, as he has Metallic colored eyes. There are scars all over from being stopped when his quirk went out of control in his childhood.

Clothing: Outside the UA Uniform, he is known to wear a Grey, almost Metallic, shirt, and dark pants with decent shoes.

Quirk: Iron Berserker: A quirk that works like a Sheer Rage quirk, which is having something increased by one's anger, crossed with Tetsutetsu's Quirk, which allows someone to make their body parts as dense as actual metal, it essentially makes the body denser, and it starts at around 1.1 g/cm3, but as of right Now it can go to around 6.68 g/cm3 (Antimony's Density) as he gets angrier. This means he has to eat multiple the normal daily levels of Iron and other Minerals. He becomes sluggish if the Density should go above his Controlled limit. He is also Magnetic and will be attracted by Magnetism Quirks and other metal attracting quirks. There is a limit to the Berserker aspect, that controlled limit is reached at maximum density, and

Hero Costume: He wears a red full body cloak intending on hiding his frame, under this cloak is semi-loose clothing, which is red and black.

Likes: The Controlled aspects of his Quirk, Training, people, and being able to see things, and Classes, oddly enough.

Now I might have to stop accepting male characters as its becoming a little male dominated in this class.

I'll make a girl next no worries, just haven't been on my pc today so I'll drop her tomorrow

No idea how I'm going to roleplay this quirk but I'll give it a shot anyways. Might touch up the bio a bit later - I kinda rushed it to make sure I got a second spot, lol.

Name: Kyoko Ikeda
Age: 15
Birthday: 05/28
Gender: Female
Personality:
Kyoko can be best described as a social butterfly. She's friendly and sociable, but not overly energetic. She manages to perfectly balance fitting in and standing out, and she meshes well with just about anyone. She tends to be quite dramatic and theatrical when she gets the opportunity to be. She has quite the way with words, and is able to talk her way out of just about any situation. Despite her young age, she is mature and resilient.
Appearance: 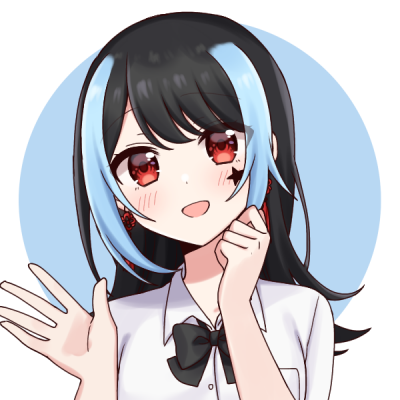 Picrew link
Clothing: Varies, but tends to dress in black and white when she's not in her school uniform.
Quirk: Mirror Image

To use this quirk, the user must be in close proximity with another quirk user. When this quirk is used, the user gains a reflection of the target quirk's abilities. Upon a successful reaction, the user may choose to exactly copy the quirk ability, or to gain an opposite/contrasting ability.

If the user chooses to exactly copy the target quirk, they will gain access to all abilities that the quirk provides. This includes any physical traits, abilities, or drawbacks that may be included in the target quirk. The reflection ends once the user reflects a different quirk or willfully ends the reflection.

If the user chooses to create a contrasting quirk, they will gain access to abilities and traits that either contrast or are the direct opposite of the target quirk. For example, if the target quirk involves fire, the user may gain a similar quirk that uses ice instead. All drawbacks will be included as well, but they will also oppose or contrast the target quirk's drawbacks. The reflection ends once the user reflects a different quirk or willfully ends the reflection. Some quirks cannot be reflected in this way, though the exact limitations are unknown.
Hero name/Hero costume: Mimic | In her hero costume, Kyoko wears a black tuxedo over a white dress shirt, black pants, and a red bow around the collar of the shirt. She also wears elbow-length white gloves, a large white bow on the back of her head, and a black masquerade-style mask.
Likes: (will edit in later)
Dislikes: (will edit in later)

I know Tetsuo is going to Stick out.

And the second bio, Female this time.

Personality: Shy, but is able to have the shy cracked, she can be sweet and caring, but has insecurities about her self.

Clothing: She commonly, outside of school, wears semi loose clothes to hide her body, and a pendant that has the symbol of a former high ranking Hero killed in action, her father, the original Nightstriker. Characters can ask about the pendant, and what It means, those that like heroes might know what it means.

Quirk: Stalker: This Quirk is essentially a three way Quirk marriage, with Sheer Willpower the will to do something and a resistance to mental control effects, with Toru Hagakure's Quirk, which refracts light across her body, this is tied to the Will to do something, she also has a silent step aspect. She can be invisible for five minutes at at time, but the invisibility aspect can be draining if used more than four times in 2 hours. The silent step aspect is always on.

Hero name/Hero costume: The Silent Hero: Nightstriker, she has two costumes based on time of day, a more urban colored bodysuit for the daytime, and a black bodysuit for the night, but Similar to Mirio, they had to put her hairs into the suits to allow them to refract light with her Quirk.

Likes: History, some Alone time from time to time, learning about quirks.

Dislikes: Explosions, Angering people, and being alone too often.

Alrighty here is my female oc, went for a more classic superpower, felt we could use on of those.


Name: Maker Towers
Age: 15
Birthday: May 12th
Gender: Female
Personality: Ignorant, proud and outgoing. She cares about popularity a lot, she uses her good looks to get what she wants and uses violence when that doesn't work. She is very short tempered, going from zero to a hundred in a second. Despite her negatives, she is brave and fun to be around with when you're not on her bad side.
Appearance: 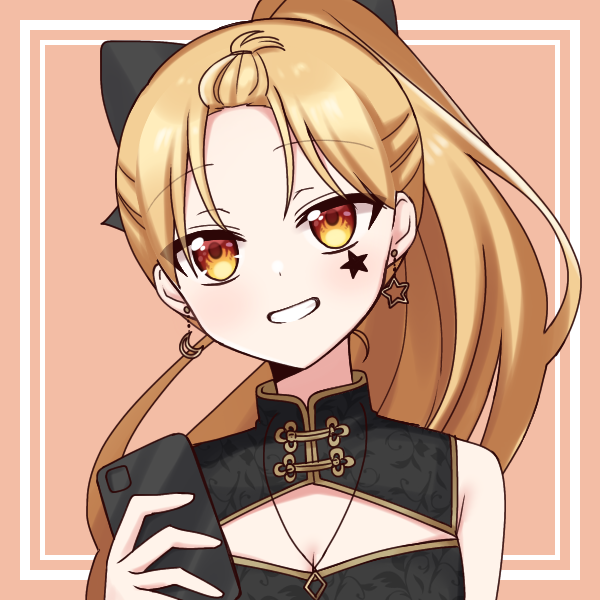 Clothing: Maker is always wearing the last fashion and popular clothes brands, you will never catch her wearing the same outfit twice.
Quirk: Pyro. Fire control, like a fire bender from Avatar, she can make fire as long as there is heat around her, the more heat, the more fire. In worst case scenarios she can keep herself with the heat of her own body. Her most dangerous move is shooting fire out of her mouth, which many don't expect and is usually fueled by anger, sometimes even she doesn't control that outburst.
Hero name/Hero costume: Burning Star. She wears a black latex suit that keeps her from getting herself burned by her own flames. On top of it she wears a sleeveless red jacket with a white star in the back, a black skirt and red combat boots. Her face and neck are uncovered, but if things get smoky, she has access to a face mas and goggles, which are around her neck just in case.
Likes: Strawberry ice cream, taking selfies, romantic and action movies, sports (specially cross country and volleyball), shopping with her dad's credit card, Hip Hop, going to the beach.
Dislikes: Studying, being told what to do, people talking over her, not getting what she wants, cold places or winter.

I have a feeling that Maker and Tetsuo are going to not get along.

He may accidentally set her off.

Cmeriwether said:
He may accidentally set her off.
Click to expand...

Judging by their personalities I can agree with that.

Would people be good to start?

Edit: We will be starting from first day in the school, so skipping the entrance exam

I'm down, it's the weekend so it's a good time imo

My availability is a bit iffy this weekend, but I might be able to get something up in my downtime.

I can get something up if need be

Yeah, I'll also be able to make a post

Hecotoro said:
Don't worry she'll make sure to let him know his place if it happens xD
Click to expand...

5'10? That's a good bit underweight. And also I started laughing at Kenji's error.

Like I said Kenji is bad a communicating with people, but he's trying his best.

@=Nightshade= I have an important question for you.

Demonic Bunny said:
@=Nightshade= I have an important question for you.
Click to expand...